Peter Jackson confirms he IS involved with Amazon's LORD OF THE RINGS prequel series, but won't be in charge

UPDATE: After the below was reported, Jackson clarified that he is involved in the new Amazon TV series, but he won't be acting as showrunner due to a lack of experience. Instead, he is advising and helping Amazon put the TV production crew together but otherwise will take a hands-off role on the project. 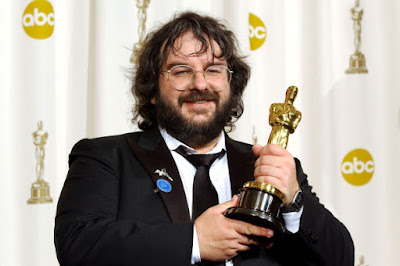 ORIGINAL STORY: According to The One Ring, Peter Jackson has confirmed that he is not working on Amazon's Lord of the Rings prequel TV series.

To recap, Amazon are developing a TV series set before the events of the Lord of the Rings movie trilogy (but, thanks to New Line's involvement, still using the same aesthetics) and focusing on the adventures of a young Aragorn. This series is being developed with the blessings of the Tolkien Estate, but they have not given Amazon the rights to use any new material (such as licensing The Silmarillion or Unfinished Tales) beyond the rights to The Lord of the Rings they already have, licensed from New Line and Warner Brothers. They also don't have any rights to The Hobbit (which are held by MGM, who apparently complicated the filming of the Hobbit trilogy to the extent that no-one is keen to work with them again).

Previously, it had been reported that Jackson had talked to New Line and Amazon about the project. If so, it appears that those talks have not led to Jackson signing on in any major capacity. According to The One Ring, the miniatures, costumes and surviving sets from the films may be re-used, and it's possible that Weta will work on the project.

It is possible that Jackson may end up in some kind of advisory role, and I suspect Amazon will shovel money at him to direct the first episode, but it sounds like he will not be the showrunner.

Due to licensing issues, the Lord of the Rings TV series needs to enter production in 2020, likely for a 2021 broadcast, or Amazon will lose the rights. Given that this is the most expensive TV licensing deal in history, Amazon need to find a showrunner, writer and production team sharpish.
Posted by Adam Whitehead at 22:08

Oh so it *IS* set in the Jacksonverse...very good! I was hoping that there would only be be Rivendell, for instance, and that everything would mesh. Regardless of Jackson's involvement (or not) as long it's in 'his' universe, it's all good. I didn't want a COMPLETE reboot or remake, in terms of aesthetics.

I look forward to following this project as it develops. Hopefully Howard Shore may be on board...