Kim Stanley Robinson is an American science fiction writer, born in 1952 in Illinois but resident for most of his life in California. His books are noted for a strong utopian or optimistic streak running through them and he a fascination with the environment and how society reacts to various crises. He has won the Hugo Award for Best Novel twice, the Nebula Award for Best Novel once, the World Fantasy Award once and the Locus Award six times. 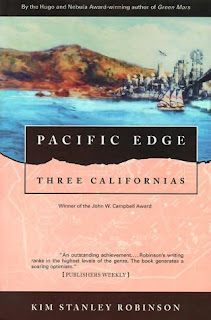 Robinson is best-known for his three core trilogies, Orange County (recently rejacketed with the awkward title 'Three Californias'), Mars and Science in the Capital, and a number of stand-alone works. The Orange County Trilogy, comprising The Wild Shore, The Gold Coast and Pacific Edge, is an interesting work as it is set in three distinct, parallel future timelines, namely a post-apocalyptic landscape (where the USSR has beaten the USA in a nuclear war that didn't totally end civilisation), a dystopia and a utopia. Throughout these three books Robinson engages his interest in sociology and the environment, analysing how the three different Californian cultures and governments react to the situations they find themselves in. Pacific Edge is particularly notable for its portrait of a self-sustaining, non-polluting, high-tech nation where technology has been harnessed for the betterment of mankind, an unusually optimistic view of the future at the time. The book also features a manned mission to Mars and the people's reaction to it watching from home, which may have been a hint as to where he was planning to take his next work. 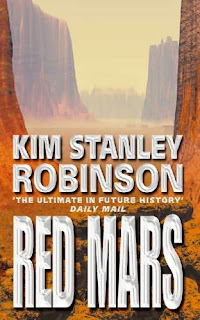 Robinson followed this up with what is widely considered his masterwork, the Mars Trilogy. Spanning two hundred years, the trilogy consists of Red Mars, Green Mars and Blue Mars, the titles referring to the planet at different stages of colonisation and terraforming. The first novel sees the arrival of the 'First Hundred' colonists in 2027 and their building of a permanent Mars base. As the years pass additional settlers arrive and as Earth's resources dwindle, interest in exploiting Mars' resources increases. Tensions rise between the native Martian settlers and the controlling forces of the United Nations, culminating in a bloody revolution. The subsequent novels see the terraforming of the planet in full swing, the rise of native Martian myths and religions and the development of a new human society isolated from the problems of the homeworld. The Mars Trilogy is vast, breathtakingly ambitious and packed to the gills with interesting scientific speculation and ideas. The first novel contains much of the 'drama' in the series, with the latter two books sometimes being criticised for reading more like extended textbooks on the possible colonisation of Mars and it is hard to argue with that, but they're still a fascinating read. Arthur C. Clarke once said, the idea that Robinson created this trilogy is impossible to believe, as instead it reads like a real history that Robinson experienced and has travelled back in time to share with us. 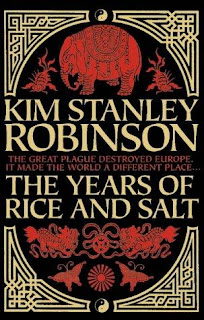 Robinson's interest in exploring the same story from different angles was revisited with Antarctica (in which many of the ideas from the Mars Trilogy are revisited on a smaller scale) and The Martians (a collection of short stories and essays related to the trilogy, some of them occurring in parallel and different timelines). In 2002 he released a well-received stand-alone novel, The Years of Rice and Salt, which was based around the high concept that, in a parallel timeline, the Black Death actually killed 100% of the European population, so when Tamerlane's armies reached Europe they found the continent open to easy occupation. The novel then spans the next thousand years of history as the focus shifts to Asia and India, with the Industrial Revolution beginning in Samarkand and China leading the settlement of the North American continent. Key characters are reincarnated again and again across multiple decades and lifetimes, allowing us to follow the very development of this different world. The results are, as usual with Robinson, fascinating. 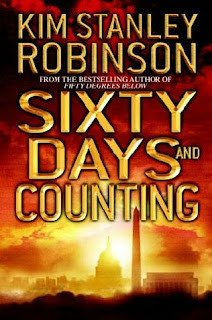 Robinson's most recent work, which I have not picked up yet, is The Science in the Capital Trilogy, which charts the development of global warming and how scientific evidence is politicised for various purposes. Al Gore is a big fan of the trilogy, but it does seem to have divided Robinson's fans.

His new work, which I'm hoping to read in the near future, is Galileo's Dream, a retelling of Galileo's life but with the addition of the scientist being visited by visions of the world three thousand years in the future, and what effect this has on his ideas and his struggles with the Church. 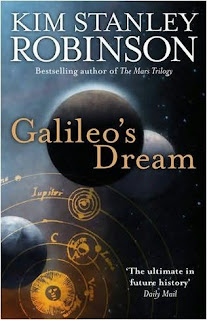 Robinson is a consistently interesting science fiction writer, who has a fascination with the work and world of scientists and and with not just the science and drama inherent in technological development, but also its impact on the environment, politics and human sociology. Robinson is, refreshingly, an optimist who seems to think that the human race can survive and flourish, but not if it continues to be shackled to the attitudes and prejudices of the past. He is a key author in the modern science fiction field.

Red Mars was very good, Green Mars was tedious, and Blue Mars was just plain unreadable. All three are certainly impressive works, but good reads they ain't, Red Mars aside!

But that's just my opinion.

I tried Red Mars years ago but think I was too young to read it (something like 13 or 14), it's still on my shelf and I'd like to get back to it one day.

I love the idea of this author spotlight, by the way, do more, MORE!