SF Crow's Nest broke the news this morning that fantasy author David Eddings passed away last night at the age of 77. Eddings is best-known as the author of the five-volume Belgariad series of novels published in the early 1980s. Alongside Terry Brooks' Shannara books, Raymond E. Feist's Riftwar series and Stephen Donaldson's Thomas Covenant novels, they are credited with establishing the subgenre of modern epic fantasy. 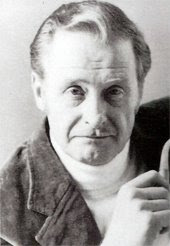 Eddings was born in Spokane, Washington State in 1931. He grew up near Seattle and attended the Reed College and University of Washington. He was drafted into the US Army in 1961 and, upon leaving, worked as a college lecturer. Poor pay led him to move to Denver where he worked as a grocery store clerk whilst working on his first novel, an adventure story called High Hunt. He worked on many other books in this time, but found most of them to be poor and he abandoned them. The only other book he completed at this time was The Losers. Frustrated with his lack of success in the writing field, he was only re-inspired when he picked up a copy of The Lord of the Rings in a bookstore and found it was on its 78th printing. He retrieved a map he had drawn as a diversion a few years later, and used it as the basis for his first fantasy world. Although his early fantasy work was credited to David by himself, in later years he announced that his wife Leigh had co-written all of his fantasy novels with him.

They wrote The Belgariad as a trilogy, but upon selling it to Del Rey Books, he was asked by his editor Lester Del Rey to expand it to a five-book series. Del Rey also suggested the chess-inspired titles for each individual book. The early novels sold very well, and the Eddings suggested a sequel series to Del Rey, called The Malloreon, over dinner. Apparently Lester had to be dissuaded from drawing up a contract there and then on a napkin. During the latter part of writing The Malloreon novels Eddings came up with an idea for a trilogy which he liked so much that he actually wrote the last couple of Malloreon novels alongside the Elenium trilogy. When this series also proved successful, he and his wife went on to write The Tamuli sequel series.

In the mid-1990s, Eddings' output slowed and he gave his wife full cover credit for the remaining works of his career. They produced two prequels to The Belgariad, a companion volume called The Rivan Codex (which described their writing and worldbuilding processes), a stand-alone novel called The Redemption of Althalus and a four-book series called The Dreamers. Leigh Eddings fell ill with a series of strokes around this time, and passed away in early 2007. Eddings also briefly made headlines in his local area around this time when he accidentally set his office on fire and the local fire brigade had to be called out. 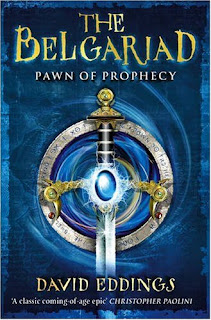 Eddings' work is beloved by readers, many of whom got their first taste of fantasy by reading The Belgariad at a young age (and current editions of The Belgariad are indeed aimed primarily at YA readers). Older readers and critics were less kind when contrasting Eddings' work to more adult fantasy novels, but Eddings' career continued to prove an enormous success. The Rivan Codex is a refreshingly candid account of how Eddings was motivated to write fantasy initially purely for profit, and he was certainly successful at this endeavour. Eddings was famously old-fashioned and, with his wife, wrote everything in longhand, not even using a typewriter. Although he appreciated his fans, he was wary of the modern expected methods of book marketing and communication, and as a result refused to allow an official website to be set up for him either.

I read The Belgariad, as many others did, as a kid and enjoyed them. Reading The Malloreon as a teenager, I spotted Eddings' more notable flaws (extreme repetition, shallow descriptions, caricatures rather than characters etc) and was unable to finish The Tamuli, one of the two or three worst works of fantasy I have ever read. However, The Rivan Codex is a surprisingly decent and honest account of how to create formulaic fantasy, and Eddings' informal way of writing in this book is enjoyable. Despite his flaws, Eddings' contribution to the expanding appeal of the epic fantasy subgenre cannot be underestimated. He had millions of fans around the world, and he will be missed.

RIP David Edding, the Belgariad was on one of first fantasy series I read in my teens. Loved it, although I agree his later works didn't have the same impact...I think fantasy moved on!

You will be missed :(

I stole the entire Belgariad series from my middle school library and loved them. And I'm not even sorry.
RIP.

His characters might have been cliche and flat in some way, but I still love Sir Sparhawk, Mandorallen and Polgara. They were memorable, as was Eddings kind of good natured humour.

I cannot help, but nowadays almost all fantasy authors seem to be on the rather brutal side.

He now followed his wife, and they can be proud how many readers they inspired to become avid fantasy readers.

Personally I thought the Elenium was vastly superior to the Belgariad. Oh well, I guess I'll be alone on that one! While their work isn't exactly great literature, the Eddingses wrote decent page-turners and for that I salute them.