The Hound is Cast

Scottish actor Rory McCann has been cast as Sandor Clegane, aka 'The Hound', in HBO's Game of Thrones. His casting was first rumoured some weeks ago, but HBO only confirmed it today after BSC Review got in touch to find out the score. 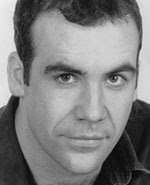 McCann is an experienced actor who won early attention for his appearance in a porridge commercial suffering from a kilt malfunction. He later won acclaim for his role as a disabled book-lover in The Book Group and had a brief but important role as a policeman in the excellent State of Play. More recently, he has played Craterus in Alexander and 'Lurch', the evil Timothy Dalton's muscle, in the excellent 2007 comedy Hot Fuzz (he was the guy whose sole line was "Yarp?"). 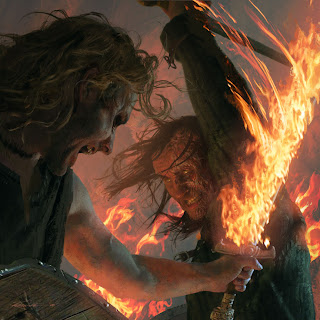 McCann will be playing Sandor Clegane, the sworn shield of Prince Joffrey Baratheon (Jack Gleeson). Sandor is a skilled warrior, but he is not a knight as he holds knighthood and chivalry in disdain. He is the younger brother of the abnormally huge Ser Gregor Clegane, the most feared man in the Seven Kingdoms, but Sandor is a pretty big and tough guy himself. His face was burned in an incident in his childhood, which adds to his constant feelings of alienation and anger. His story is, to put it mildly, not a happy one.

I think this is another strong casting choice. McCann is a decent actor with a wider range than has perhaps been seen in some of his other projects. I think he will do well in this role.
Posted by Adam Whitehead at 16:44

He's also in The Crew which looks all kinds of awesome - http://www.youtube.com/watch?v=q-xJu5M5c1c

I can't wait to see what the Hound's makeup job looks like. Fantastic to see a fantasy series alive on HBO... usually it's sci-fi (which is also good, but my 2nd fave).