Actress Lena Headey, fresh from her stint in the title role of Terminator: The Sarah Connor Chronicles, has joined the cast of Game of Thrones. She will be playing the role of Queen Cersei Lannister. 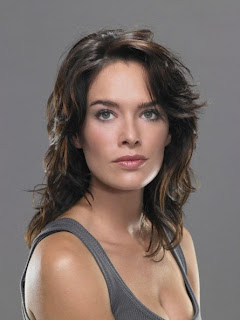 Headey is a British actress with over a decade of solid acting credits behind her, including an early role as Guinevere in the Sam Neill mini-series, Merlin. More recently, as well as the Terminator TV show, she played the role of Queen Gorgo in the movie 300, and acted alongside future Thrones co-star Jennifer Ehle (Cat Stark) in the movie Possession. 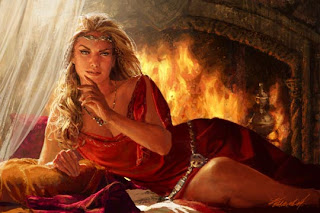 She will be playing Cersei Lannister, the wife of King Robert Baratheon (Mark Addy), twin sister of Ser Jaime Lannister (Nikolaj Coster-Waldau) and elder sister of Tyrion Lannister (Peter Dinklage). Cersei is a devoted mother, fiercely protective of her three children (Joffrey, Myrcella and Tommen) and loyal to her father and brother, but she despises her younger brother, the misshapen Tyrion, still blaming him for the death of her mother in childbirth. Cersei is cool and ruthless, with a taste for political intrigue. It is one of her lines that gives the first novel - and the show - its name: "In the game of thrones, you win or you die."

I think this is a very strong casting choice. Headey is a talented actress and was one of the best things in 300. She chooses roles which are a little stand-offish, which is not what you would want for a role like Cat, but for Cersei it is perfect. Given the actress' rising profile, I'm impressed that HBO were able to snap her up for what could potentially be a very long-running role with a fair amount of screen-time across the first six (and probably all seven) seasons, assuming the show gets that far. It is interesting that all three of the Lannisters cast so far are dark-haired, though, presumably meaning that Dinklage, Coster-Waldau and Headey will all be dying their hair or donning wigs (and the Lannister golden hair is an important plot point, it's not something that can be dropped unless some other story elements are dramatically changed).

There are also very strong signs that Scottish actor Rory McCann has been cast as Sandor Clegane, but I'll hold off on a casting entry for him until that is 100% confirmed.

EDIT: The Liftingfaces blog has a good visual guide to the actors cast so far.
Posted by Adam Whitehead at 02:51

I thought Lena Headey would be a good choice for Catelyn, but I think she can make for a very good Cersei. She is not Tricia Helfer, but she is a good enough actress to pull off the icy bitch routine deliciously.

Why exactly is it so important for them to have blonde hair? I realize they are blonde in the books, but aside from upset fanboys, whats the big deal? I don't remember any real plot points that pivot on the colour of their hair.

Their hair is one of the clues Jon, Stannis and Eddard follows to the 'big revelation' at the end of GoT, which sets all that follows in motion.

Yeah Anon, the hair colour is integral to the revelations in the first book that cause all kinds of shit.

actually, hair colour pretty much helps to send the whole 7 Kingdoms into outright anarchy. It's a pretty major plot point.