Here is the cover art from three forthcoming releases from Gollancz. All are works-in-progress and not quite the final designs so far: 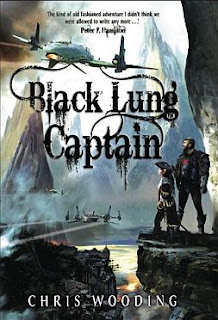 The Black Lung Captain is the second volume in Chris Wooding's The Tales of the Ketty Jay, the first of which, Retribution Falls, came out last year and was excellent. I hear review copies are being prepared, and this will be a priority read if so. The book is due on 29 July 2010 in the UK and some time in 2011 in the USA from Bantam Spectra (along with the first book). Wooding is already hard at work on the third book, The Iron Jackal. 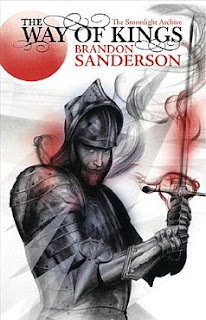 I am informed by the publisher that Brandon Sanderson's The Way of Kings is getting a simultaneous UK and US release (although Amazon is currently listing it for February 2011). The UK artwork is, unfortunately, somewhat less successful in this case than it was for the Mistborn books, despite the intriguing, muted use of colour. The light, ethereal tone is very interesting, but I'm not sure that it's a good match for Sanderson's more traditional fantasy style. 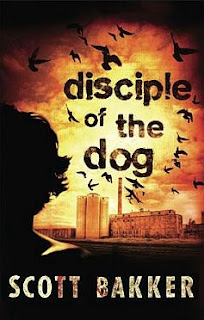 Disciple of the Dog is Scott Bakker's second stand-alone, semi-mainstream novel following on from 2008's Neuropath. It will also apparently be his last non-Earwa book until both The Aspect-Emperor and the as-yet unnamed third series are completed. The novel is about a private investigator with perfect recall who is called in to infiltrate a sinister cult in search of a missing girl. The novel will be published on 16 September 2010.

Many thanks to Jussi on the Westeros.org forum for tracking down these images.

As a bonus here's the cover art for Kate Elliott's Cold Magic, the first in her Spiritwalker Trilogy, due in September 2010 from Orbit. Thanks to Kate for clarification on the series title. 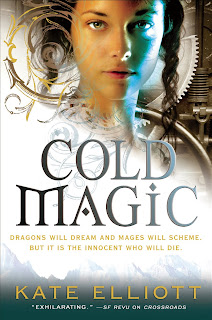 I really like that cover for Black Lung Captain, and I've got Retribution Falls on my TBR list. I just need to get my hands on a copy--I've heard it's like Firefly in book form, and if that's true, it's a must read for me!

It isn't as good as Firefly, but it certainly has a similar feel. I'll keep an eye on the second book in the series.

Thanks for the update on Wooding, was wondering when book two was due out.
Also, I kinda dig the new UK cover for Sanderson. In this case, less is more.

I quite like the Sanderson cover. I think the Michael Whelan art for the US cover is horrendous.

As an aside, Warbreaker just arrived in the post from BookDep, now have that and Mistborn trilogy to get through - hope I actually like his stuff or I've wasted a bit of dosh!

fyi, the series title has since been changed to The Spiritwalker Trilogy. I think the final cover should be released very soon, within a week or two at the most, as I saw an almost finalized version about 10 days ago. It's pretty close to the one you've got here. The strapline is shorter, and elements of the image and shading are sharpened up.

This is probably the final cover for Cold Magic:

In regards to cover art I've noticed that books in the UK almost always have better illustrations than their US counterparts... more detailed and vivid.