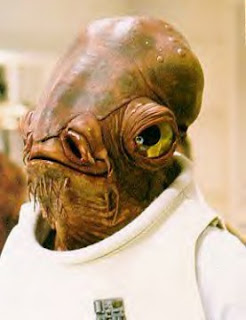 Filming on Season 1 of Game of Thrones has concluded. The final scenes have been shot and all the live-action footage for the ten-episode season is in the can. 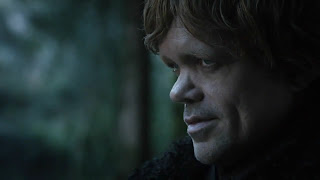 What happens now is editing, post-production, music composition and CGI rendering. The first episode or two are apparently already done (or very close to being so), but more work remains ahead. On 7 January 2011 (three weeks from tomorrow) the show will have a major presence at the Television Critics' Association Winter Tour, when various studios and networks show off their new shows. Game of Thrones will have a big presentation panel, with actors Emilia Clarke (Daenerys), Sean Bean (Eddard) and Peter Dinklage (Tyrion) in attendance alongside producers Dan Weiss and David Benioff and a certain George R.R. Martin. Some new footage may be made publicly available, but there are also rumours that some critics will get to see the first episode behind closed doors. 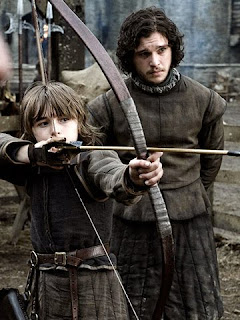 After that expect occasional bursts of new material, such as more teasers, perhaps a more substantial trailer, maybe a couple of complete scenes, as well as more behind-the-scenes stuff. At the moment we don't have a confirmed air date, but based on other information and circumstances, I'd strongly suggest circling 3 April (maybe 10 April) on your calendars.
Now the actors get to head home for a break, but we're hearing that the behind-the-scenes crew haven't got that much time off. They'll be back after Christmas apparently working on material for a prospective second season. Whilst HBO will not make a decision about Season 2 (which would be based on the novel A Clash of Kings, though the overall series title will remain Game of Thrones) until after the first season starts airing, they are apparently doing a lot of groundwork so they can hit the ground running the second they get a greenlight. We're even hearing rumours that filming locations in Season 2 will expand from Northern Ireland and Malta to also incorporate Iceland and possibly Morocco.

This also means that casting suggestions will no doubt be flooding into Winter is Coming and Westeros.org (both of which are looked at by the producers) for those all important Season 2 characters. If you thought Season 1's cast was large, check out who's going to be needed for a year later: Edmure, Brynden and Hoster Tully (who've been held back from Season 1); Stannis, Selyse and Shireen Baratheon; Melisandre of Asshai, Davos Seaworth, Maester Cressen and Salladhor Saan; Ser Dontos, Ser Jacelyn Bywater, Lady Tanda Stokeworth and her daughters Falyse and Lollys; Lord Balon Greyjoy, his daughter Asha and brother Aeron Damphair; Mace, Margaery and Garlan Tyrell; Roose Bolton, Rickard Karstark and Maege Mormont; Ramsay 'Reek' Bolton and various hangers-on; Pyat Pree, Xaro Xhoan Daxos, Quaithe and Strong Belwas; Dolorous Edd, Craster and Gilly; Qhorin Halfhand, Rattleshirt and Ygritte. And that list is by no means exhaustive.

Still, that's for the future. For now, we have April to look forward to.
Posted by Adam Whitehead at 22:10

Now I need to find which Australian TV channel will be showing this, or if HBO has any plans to start selling overseas. That or I get to wait for the DVD to come out, which would be a nice Christmas present for next year.
Sigh, the pain of waiting...

I have already seen commercials for the show running on HBO. I can't wait to see it!

It'll be showing on Sky, in the UK, so that's another lucky thing for me. Mark Strong for Stannis!

Following your in-depth coverage of this production with great interest. I'm still unclear - are you on the production team yourself or are you the series' official blogger in residence? :)

10 40 minute episodes to cover a Game of Thrones? Will anything bar a broad brush outline be left?

One of the books strong points is the political intrigue and machinations, I don't see how that can be successfully covered in such a short amount of time.

I'd sort of assumed that the series would cover part of the book, and a second pick up where it left off...

The series' official blog is here:

I'm a mod on Westeros.org and have simply been following events with interest.

HBO shows don't have adverts, and don't in fact have set lengths for their episodes (THE WIRE's shortest episode was 42 mins, is longest was almost 90), although they're normally about 55-60 mins each.

The first episode covers 90 pages of the novel fairly faithfully by itself, even with a couple of new scenes. Based on that, Book 1 will be covered faithfully with plenty of time to spare.

Adam, any opinion on the series being called GAME OF THRONES instead of A SONG OF ICE AND FIRE? I think I sort of prefer the latter. I also think it would be cool, sort of how Nolan called his film THE DARK KNIGHT with no reference to Batman or the previous film, if they DID just call Season 2 A CLASH OF KINGS. If Season 1 is a hit, people will not have any trouble finding Season 2.

Also, when's the next book coming out? ;)

A SONG OF ICE AND FIRE is peculiarly difficult for casual readers/watchers to remember, it appears. After lending the books to friends, almost none of them could remember the title, but they could remember A GAME OF THRONES. I've heard the same from enough people over the years and online to see it's a widespread phenomenon. More concisely, GAME OF THRONES is a shorter title which is easier to fit into title sequences, on DVD sleeves and so on.

As for the book, depends if it is related to this 'announcement' GRRM hopes to make on the critics' tour. If it is ADWD being finished, the book could be out in late April to early May at the earliest. However, take that with a pinch of salt the size of the Ross Ice Shelf ;-)

wert: dont you find it funny that, after having looked at the cast, they pretty much nabbed every britsh actor they could possibly find or seek out.

True, and the few who didn't make it in (becuase they were filming HARRY POTTER, PILLARS OF THE EARTH or other projects) will probably have to be recruited for Season 2 ;-)

Of course, if you have 250 speaking roles, 85 of which are somewhat prominent characters, and you're filming (mainly) in the UK, than recruiting so many British, Irish and European actors makes sense.