Blake Charlton has unveiled the new European covers for his debut novel, Spellwright. Here's the new UK cover which will be gracing the paperback edition of the novel: 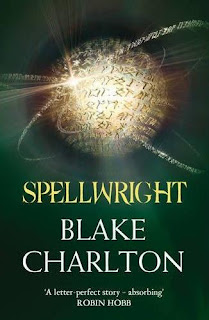 Not bad. Not the busiest or most complex cover ever, but it has a nice simplicity to it that gets across the central idea of the book - the magic inherent in words - quite well. 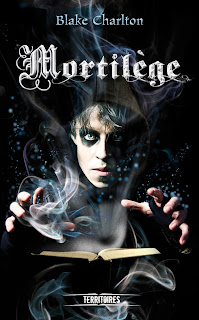 This cover is disturbing on several levels. Firstly, it looks a screenshot from BBC kid's show Rentaghost circa 1981. Secondly, the main character is wearing guyliner when I'm pretty certain he doesn't in the book. Thirdly, he is the spitting image of my old boss, to the level where it is quite uncanny. In fairness it is being marketed as a YA title so they're clearly not going for the serious adult market, but given that French covers have been generally awesome of late, this is still a disappointment.

Spellwright is the book I'm currently reading. Look for a review in the near future.
Posted by Adam Whitehead at 19:00

The French cover art is atrocious... =(

well, can't win them all. sorry to give you an old-boss-flashback, wert. but thank you kindly for the consideration and review.