The Wertzone Award for Best Novel in 2010

I read 33 new releases (out of 83 book reviews overall) this year, a distinct improvement on last year (when I read 20 new releases). The cream of the crop this year: 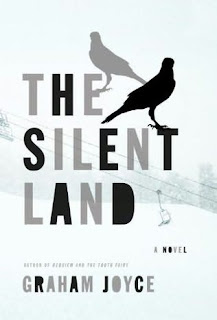 1. The Silent Land by Graham Joyce
This is a short, quiet novel that focuses on two characters who find themselves alone in a strange environment. Haunting and unsettling, those with a passing familiarity with genre fiction should work out what's going on pretty quickly, but watching the characters do the same is fascinating, culminating in an emotionally powerful conclusion.

2. Under Heaven by Guy Gavriel Kay
Kay's best novel for a decade and a half, a tale of Imperial China and different factions whose rivalries are exposed by the gift of two hundred beautiful horses to a young nobleman.

4. Corvus by Paul Kearney
Kearney's delivers his sequel to my top book of 2008, The Ten Thousand. Corvus is an even stronger novel, better-paced with more of a tight focus and less slavish following of the historical inspiration (here Alexander the Great compared to the Anabasis).

5. Terminal World by Alastair Reynolds
One of my favourite Reynolds books, an intoxicating mash-up of hard SF, planetary romance, steampunk and the New Weird, with an underlying mystery that is constantly developed and then left for the reader to answer.

6. The Quantum Thief by Hannu Rajaniemi
The SF debut of the year, a hard SF heist tale told with energy, vigour and intelligence.

7. The Passage by Justin Cronin
Cronin manages to wring the last dregs of interest out of the vampire well with this huge story of the end of the world and how humanity survives centuries in the future. It's overlong, there are pacing problems and the total shift in cast a third of the way into the book is jarring, but Cronin's writing skills are impressive here as he delivers the finest piece of apocalyptic horror since The Stand.

8. The Evolutionary Void by Peter F. Hamilton
Hamilton concludes both The Void Trilogy and the larger story begun back in The Commonwealth Saga with aplomb and delivers possibly his best long-series ending to date. The novel's musings on chaos theory and the unpredictable consequences of time travel are fascinating.

9. The Black Lung Captain by Chris Wooding
Wooding's follow-up to Retribution Falls is a likewise breezy steampunk romp through a world of duelling societies and airship combat. Relentlessly entertaining.

10. Stonewielder by Ian Cameron Esslemont
Esslemont continues his novel-by-novel improvement as he plays catch-up to his friend Steven Erikson. With Stonewielder Esslemont delivers the most engaging Malazan novel in some years, resolving long-standing questions and mysteries and helping set up Erikson's forthcoming grand finale to the series.

City of Ruin by Mark Charan Newton narrowly missed out on a Top 10 position. This novel represents a significant improvement over his previous book, Nights of Villjamur, melding a traditional epic fantasy war narrative with a strong dose of the Weird, with improved characterisation. Likewise King of the Crags by Stephen Deas is a notable improvement over The Adamantine Palace.

Veteran by Gavin Smith, Wolfsangel by M.D. Lachlan and Farlander by Col Buchanan are very promising debut novels from talented new writers. All three have their sophomore books out in 2011 (War in Heaven, Fenrir and Stands a Shadow respectively) and it'll be interesting to see how they develop.

Adam Roberts and Ian McDonald delivered fine new novels, New Model Army and The Dervish House, although arguably both lacked some of the sparkle of their previous novels. Still, both raised interesting ideas and online discussion about their work (the plausability of the military force as described for the former and the realism of the depiction of 21st Century Turkey in the lattter).

Annoyingly, I missed out on a lot of female writers this year. I read some older works (Helen Oyeyemi's White is For Witching, a 2009 release, was haunting and fascinating, whilst my first encounter with C.J. Cherryh, via Downbelow Station, didn't work out as well) but otherwise I received few review copies from female writers this year and only got round to reading one 2010 release from a female author, Carrie Ryan's decent The Dead-Tossed Waves (though I did receive a couple more which I didn't get round to). This appears to be a recurring problem and something I should take up with publishers as well as re-prioritising my to-read list.

Paul Hoffman's The Left Hand of God was a very weak novel, displaying an impressive lack of originality, pacing or convincing characterisation. Sam Sykes's Tome of the Undergates displayed a lot of potential but was unable to overcome uneven pacing and constant repetition of redundant information. The Japanese Devil Fish Girl shows glimmers of originality but Robert Rankin falls back on stock gags (some of them two decades old) and characters way too easily, making for an oddly dull read. Peter Brett's The Desert Spear was a come-down after the entertaining opening of The Painted Man. Considerably longer, considerably duller and featuring some very questionable use of rape, this was a disappointment given Brett's evident writing ability elsewhere. China Mieville's Kraken was also unusually uneven given his normal high standards.

This was quite a good year by recent standards, with a number of high-quality releases. SF definitely saw a bit of a resurgence this year, whilst epic fantasy seemed to have a bit of a rough time (though Kearney and Esslemont delivered good books and, just below the Top 10, Sanderson's Way of Kings was promising).
Posted by Adam Whitehead at 15:48

That is quite the achievement! I am still, after one year, on the 3rd book of the Fire and Ice series! I never take so long on books, but these are quite the detail. I've got several waiting for me that I know are quicker reads and supposedly good. Thanks for the reviews to add to my queue if I ever finish this 4 book epic! And I've heard the 4th book is much slower reading.....

I read none of your top ten books. I will definitely read Corvus (copy is on my shelf; I'm in the fourth book of the highly recommended The Monarchies of God series) and The Passage.

I read and liked a lot from your honorable mentions: Farlander and City of Ruins. Veterans is on my list for 2011.

Did you ever get around to reading Surface Detail, the New Culture novel? I was sure you were going to review it, then I ended up reading it myself. (And enjoying it)

Of course I can't really look at any of the books you list (Oh how I want to read the Quantum Thief) until I manage to finish all the other books I got for Christmas, which should be fun.

I beg to differ *slightly* on Warriors, which was a fine collection... but Weber's "Count Dracula from Outer Space" story was infuriating. That's a "duff tale" is there ever was one... started out with such promise, too...

Anyway, thanks for taking the time to go over your picks of the year.

The Way of King's didn't make it up there anywhere?

THE WAY OF KINGS set up some great ideas and promising characters and stories, but in itself was not completely satisfying as a novel. There's a huge amount of potential though, and a genuine feeling of a massive juggernaut slowly rolling into motion, so I wouldn't be surprised to see later books being stronger.

Nice list, except that a fair number of them are fantasy and not sf.
Still, 'Silent Land' is shortlisted for WFA novel.

Oh, and 'Quantum Thief' was not eligible - it's the date of publication in the US that matters, not here in the UK, and it didn't beat the deadline for inclusion in this year's vote. But that means it could win next year.

Nice! I would highly recommend 'Leviathan Wakes' by James S.A. Corey as well.

The Graham Joyce sounds interesting, so I'm adding it to my list. I enjoyed The Passage but am not interested in a sequel. I thought it was a strong, self-contained book and I hope he doesn't wreck it by trying to make it into a trilogy like I've heard is planned.

If Dervish House is the lesser of the MacDonald books, I can't wait to read more of him, because I really loved it.