Prolific fantasy author Diana Wynne Jones has passed away at the age of 76. She had been battling lung cancer for the past two years. 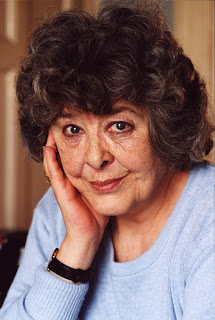 Born in 1934, Jones studied at Oxford and attended lectures by J.R.R. Tolkien and C.S. Lewis. She published her first novel, Changeover, in 1970. Jones is best-known for her 1986 novel Howl's Moving Castle, recently adapated as a well-received film for Studio Ghibli, and her Chrestomanci and Derkholm series of novels. She received the World Fantasy Lifetime Achievement Award in 2007. Her book, The Tough Guide to Fantasyland should be required reading for anyone planning to write a secondary world epic fantasy.

"Rest in Peace, Diana Wynne Jones. You shone like a star. The funniest, wisest, writer & the finest friend. I miss you."

Very sad news. Condolences to her many friends, family and fans.
Posted by Adam Whitehead at 19:22

This is huge loss to creative fiction. Diana Wynne-Jones' work is something marvellous. Without Archers Goon and particularly The Homewardbounders in my primary school reading and beyond I am positive I wouldn't have the love of fantastic fiction I do.

I hope her death will have the positive effect of bringing her work to a wider audience. They are very good indeed.

This makes me so sad. Her Crown of Dalemark series made a huge impression on my teenage years. I still go by "Enblith The Fair" (a minor character in one of those books) as my online persona.