The Mountain is recast, plus some new villains for THRONES

Some more casting information for the second season of Game of Thrones. 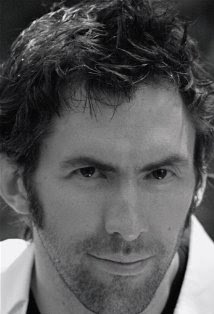 Ian Whyte.
First up, some unfortunate news. Conan Stevens, who played the role of Ser Gregor Clegane in two episodes of the first season (including the memorable horse-decapitation scene), has left the series. Between seasons Stevens had gotten some additional work, first on the second season of Spartacus as a major, recurring villain, and then on the movie version of The Hobbit, playing an orc chieftain. It appears that scheduling conflicts and transportation problems played a role in his departure. Stevens discusses his departure here. He has been replaced by Ian Whyte, who has already appeared in the first season as a White Walker/Other in the first episode. Whyte, a former professional basketball player with 80 caps for England, is 7 foot 1 inches in height and is best-known for playing the Predator in the two Alien vs. Predator movies and working as a stunt double on Harry Potter and the Goblet of Fire, playing the role of Madame Maxine in scenes where his/her face was not visible. 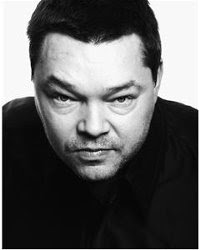 Andy Beckwith is a British actor, probably still best-known for his role as Errol in the Guy Ritchie movie Snatch. He also played the role of Clanker in the second and third Pirates of the Caribbean movies. 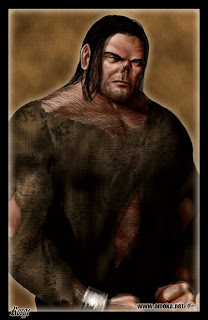 In Thrones Beckwith is playing the role of Rorge. Rorge is a criminal from the streets of King's Landing, where he ran illegal fighting pits. He was rounded up by the goldcloaks and thrown in the city's jail, from where he was 'recruited' by Yoren for the Night's Watch. 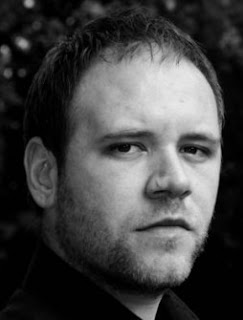 Gerard Jordan is a Northern Irish actor who has recently appeared in the movie Five Minutes of Heaven (alongside James Nesbitt and Liam Neeson). 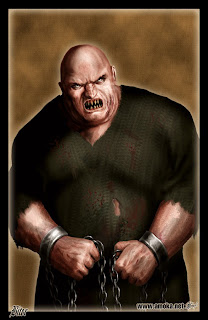 For the series, Jordan is playing the role of Biter. Biter fought in the illegal fighting pits run by Rorge and joined him in the city jail, as well as also being recruited by Yoren for the Night's Watch. Biter is so-called because he cannot speak, only hiss through pointed teeth. His preferred method of combat is to jump on someone and bite them. 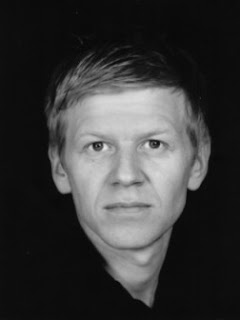 Anthony Morris is an Irish actor with a number of Irish film, TV and stage credits to his name. He is playing the role of the Tickler, a soldier in the employ of Ser Gregor Clegane who acts as an interrogator and torturer. His favourite question is, "Is there gold in the village?" 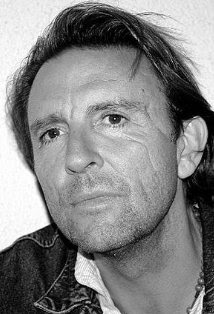 Fintan McKeown is another Irish actor, noted for his roles on Merlin and Star Trek: Voyager. 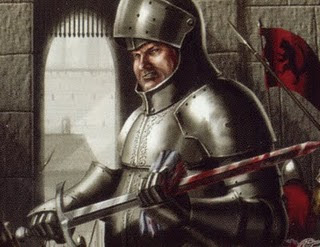 He is playing the role of Ser Amory Lorch, a noted knight in the service of House Lannister. After Gregor Clegane, Lorch is noted as Tywin Lannister's most savage and brutal warrior.
Posted by Adam Whitehead at 00:23

I wonder if in 20 years we'll see Conan Stevens at some con billed as the "First Sandor" from Game of Thrones?

The Whyte walker has gone to the mountain... not an exchange of Dumbledorean proportions but hopefully Ian will fill Conan's size 14's.

@The Mad Hatter
He might even turn up as the "First Gregor" as well...