Bethesda turned down the GAME OF THRONES gaming licence

In an intriguing interview, a senior producer at Bethesda (the creators of the Elder Scrolls series and the makers of Fallout 3) has revealed that they were offered the Song of Ice and Fire gaming licence some years ago and were tempted to accept, but ultimately turned it down. 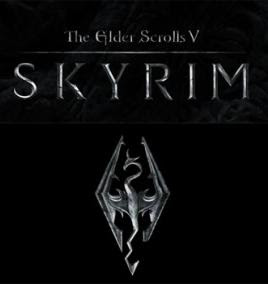 According to Todd Howard, the offer came before they began work on Skyrim, the fifth Elder Scrolls game (due out next month), so presumably whilst they were still working on Fallout 3. George R.R. Martin's agent approached them with the idea and they mulled it over. Many on the team were big fans of the novels. However, ultimately they decided to continue developing games with their own IP.

“We wanted to do our own world. That’s where we wanted to put out time into. Before we were even making Skyrim, there was a conversation with George R.R. Martin’s people. They thought it would be a good match—and so did we, actually—but then we thought about if that was where we wanted to spend our time. It was tempting, though.”

Lost opportunity? Perhaps. Bethesda make solid games, but lack strong writers, so I suspect their take on Westeros wouldn't have perhaps been as well-written as might be wished. However, they are also a massive company who put huge resources into every project they work on, whilst Cyanide (the company who now holds the licence) are not. Certainly it would have been interesting to see what Bethesda could have done, but it may also be that Cyanide, a smaller company looking to make a name and a reputation for themselves, have more to prove and will pull out all the stops for the two games they are working on. Speaking of them, the first, Game of Thrones: Genesis, ships on 28 September and is now available to pre-order on Steam.
Posted by Adam Whitehead at 20:02

Email ThisBlogThis!Share to TwitterShare to FacebookShare to Pinterest
Labels: a song of ice and fire, bethesda, george r.r. martin, news

As much as I love ASOIAF, I'm glad Bethesda turned it down.

Even though the TV series is a huge sucsess, I'm not convinced a video game would be, and I wouldn't want to sacrificed Skyrim for something that may not have lived up to the books.

Hopefully Cyanide Studios do a good job of it, then we get the best of both worlds.

I gotta side with Clare on this one... Skyrim looks like it's going to be amazing!!!

Bethesda's next well written game will be their first.

Bethesda make sandbox games, one would argue that a well written story is hardly the most needed aspect.

Genesis looks horrible and is going to be a massive massive flop.