Peter Dinklage won the Award for Outstanding Supporting Performance in a Drama Series at the 63rd Primetime Emmy Awards last night for his role of Tyrion Lannister on Game of Thrones. 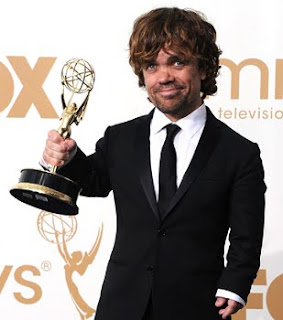 Congratulations to Peter and the rest of the Game of Thrones team, as well as the other winners and nominees.
Posted by Adam Whitehead at 15:34

Werthead, did you mean John Slattery instead of Roger Sterling? Lol, just thought it was funny you used everyone else's real name ;)

Congrats to Peter Dinklage! Here's to much more success!!

If Roger Sterling had won an Emmy I would've been impressed.