IGN have an update on the status of Baldur's Gate: Enhanced Edition. The new version of the classic RPG will have some new quests and a new NPC party member (based on the original game, these will be totally optional and can be ignored if you wish). Beamdog/Overhaul have also confirmed that the game will ship on iPad as well as PC. 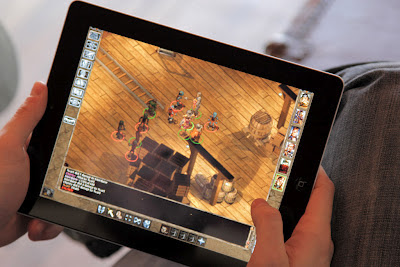 Baldur's Gate: Enhanced Edition (collecting the original game and the Tales of the Sword Coast expansion into one title with updated graphics from the latest version of the Infinity Engine) will be released this summer.
Posted by Adam Whitehead at 13:49

Knowing me, I'll probably pick up both versions!