Brad Bird rules himself out from directing STAR WARS

Brad Bird, the favourite choice as director of Star Wars Episode VII, has ruled himself out of the running. He will be too busy filming 1952, an SF epic written by Damon Lindelof, to work on the film. He is also still working on bringing his San Francisco earthquake disaster movie, 1906, to the screen. 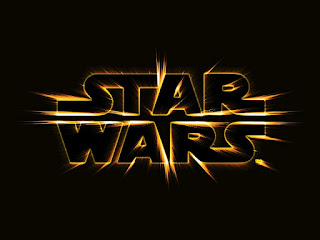 A number of other directors have also ruled themselves out, including Zack Snyder (so no slow-mo lightsabre fights then), Steven Spielberg and J.J. Abrams. Joss Whedon hasn't explicitly turned it down, but he is busy developing the new S.H.I.E.L.D. TV series, after which he will start work on The Avengers II for release in May 2015. This will prevent him from working on Episode VII, which has been also slated for a 2015 release (with May 2015, the 38th anniversary of the original Star Wars, a likely date).

This reduces the pool of possible directors to just a few credible figures. Joe Johnston, who most recently helmed Captain America, is a possibility due to his old-school pulp credentials (as well as Captain America he also helmed the cult favourite The Rocketeer) and his strong ties with Lucasfilm, having worked on the first three Star Wars movies and the first two Indiana Jones. However, Johnston is also working on Jurassic Park IV and will likely direct, which would also rule him out.

Guillermo del Toro is still working on post-production on Pacific Rim, which will be released in 2013, and is working on a new version of Pinocchio but doesn't have a firm project lined up. This makes him a possibility, with recent comments suggesting he would be open to an approach and a discussion about it. In the same article, Quentin Tarantino firmly rules himself out and is skeptical about a Disney Star Wars project being worthwhile.

Jon Favreau has also expressed an interest in directing. A self-confessed Star Wars fan who has an excellent relationship with Disney and delivered two high-grossing SF movies with the first two Iron Man films, he has to have a solid chance.

The smart money at the moment, however, has to be on Matthew Vaughn. He's a popular director, having delivered popular movies such as Layer Cake, Stardust, Kick-Ass and X-Men: First Class. He abruptly pulled out of the First Class sequel X-Men: Days of Future Past (which will now be directed by Bryan Singer) last month, leaving him without a project and fuelling speculation that he had already been in talks to handle the new Star Wars movie.
Posted by Adam Whitehead at 13:02

Dave Filioni should do it. The last couple of seasons of TCW has shown that he really getts Star Wars,

Wait... you mean they AREN'T going to get Paul Thomas Anderson!? But he's such a natural fit!

Can't wait! It's right up there with Pearl Harbour 2 on my most anticipated list!

Why does no-one think Neil Blomkamp should at least be asked what he would do with the story?