The Twelve by Justin Cronin

The early years of the 22nd Century. North America is crawling with 'virals', creatures of superior strength and stamina who feed on human blood and flesh. Most are unintelligent, but they are controlled by 'the Twelve', the original death-row inmates who were experimented upon to create the virals. Standing against them is Amy, the Girl From Nowhere, and her allies, a military force based in Texas. 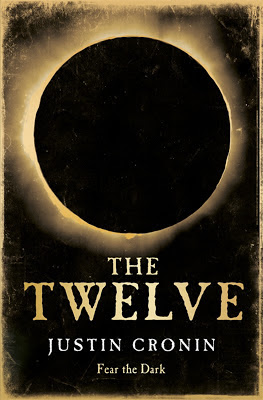 The death of one of the Twelve has also resulted in the destruction of the virals he created. This reveals the path to victory and survival: kill the Twelve and end the viral threat forever. But this is easier said than done. After five years of failed assassinations the military are ready to abandon the mission, and only one last attempt can be made.

With millions of copies sold, translations in forty languages published and the film rights bought for a very high amount, The Passage was one of the biggest success stories of 2010. The Twelve is the direct sequel and the middle volume of a proposed trilogy (the final volume, City of Mirrors, is due in 2014). However, Cronin has gone to some lengths to try to avoid 'middle volume syndrome' by giving the book a number of self-contained narratives and character arcs whilst also continuing the story of Peter, Alicia, Amy and the other survivors of the First Colony and their war against the Twelve.

The Twelve contains much of the same that made The Passage a good book: good characterisation, evocative descriptions and a rich atmosphere. It improves on it in several areas as well. It's a notably shorter (by some 200 pages), more concise and more focused book with every chapter building up to the conclusion. The Twelve does repeat The Passage's structure of having an opening section (in this case the first third of the novel) depicting the fall of civilisation before moving to the post-apocalyptic 'present day'. There are numerous self-contained stories in this section which are compelling reads, but initially appear a little disconnected from the post-apocalyptic storyline. However, Cronin eventually loops most of these storylines back to the main story and explains their relevance. 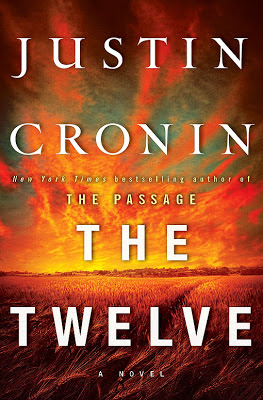 The biggest problem The Twelve faces, which is much more present than The Passage, is that of adhering to the traditional post-apocalyptic, 'big showdown' type of storyline whilst trying to surprise a reader familiar with the rules and tropes of such storylines. Now the rules of this particular type of vampire/zombie story have been set, Cronin shows a surprising inability to surprise or startle the reader any more. Things proceed pretty much as you might expect them to: some reversals, a few capture-and-escape sequences and then a big explosive finale (literally, with some huge explosions and shoot-outs) and something of a happy ending, until the inevitable final chapter which ends on a cliffhanger note leading into the final volume.

This predictability extends to the villains, with the rulers of the human/viral colony being rather rape-happy towards their prisoners. Whilst the issue isn't simply tossed in for the sake of it (as it would have been in, say, a Stephen King book) and is treated seriously, it's still a disappointing cliche to indulge in, especially as otherwise the treatment of the female characters is highly positive (three of the primary POVs - Alicia, Amy and Sara - are all female and are the most well-developed characters in the book).

The Twelve (****) is a very solid read, with Cronin's skills with character and prose being undiminished and even a tad improved from the first volume. However, the storyline is a lot more straightfoward, and the book shows a general decline towards predictability and cliche - though well-written - which is disappointing. The novel is available now in the UK and USA.
Posted by Adam Whitehead at 11:56

Email ThisBlogThis!Share to TwitterShare to FacebookShare to Pinterest
Labels: justin cronin, the passage, the twelve

I agree about this book being a lot more predictable than "The Passage."
It seemed to meander, spending a lot of time with several storylines that were marginal and rushing through the main story (that of the original characters).
I am also somewhat disappointed by the persistence in trying to make it seem like there is a "love triangle" between Peter, Alicia and Amy. The narrator wants to convey there is a strong connection between Amy and Peter but it is not successful in portraying it as anything more than a platonic, distant attraction. In numerous scenes, it is clear that Alicia and Peter's history is much more strong and meaningful. They do seem to have a real relationship that for some reason has to be denied at every turn. Alicia keeps saying goodbye but never quite goes away. It seems repetitive and forced.

That said, I still like this story. I truly hope that the author takes note of what worked and what didn't in The Twelve, to make the third installment is as exhilarating as the first.