Ex-BioWare writer David Gaider has joined Beamdog, the development team made up of ex-BioWare and ex-Black Isle staffers working on the new Baldur's Gate game, Siege of Dragonspear. 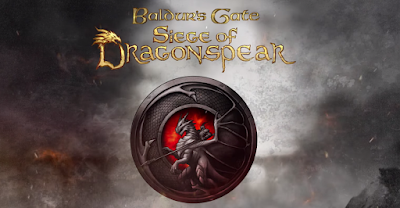 Gaider joined BioWare in 1999 and wrote material for both Baldur's Gate II: Shadows of Amn and its expansion, Throne of Bhaal. He worked on Neverwinter Nights and its two expansions (Shadows of Undrentide and Hordes of the Underdark, on which he was lead writer), as well as the critically-acclaimed Star Wars: Knights of the Old Republic.

However, Gaider's main claim to fame was working on the Dragon Age franchise. Preliminary development of the franchise began in 2002, when BioWare decided not to make any more Dungeons and Dragons-based games and needed a home-grown, replacement world to set fantasy CRPGs in. Gaider played a very key role in creating Thedas, the continent where the action of Dragon Age takes place, and developing the background lore, politics and key characters of the setting. He also wrote key characters including Morrigan, Alistair and Shale for Dragon Age: Origins and Meredith, Fenris and Cassandra for Dragon Age II. Gaider worked as a writer and designer on Dragon Age: Origins, its expansion Awakening and then on Dragon Age II. He moved up to the role of lead writer on Dragon Age: Inquisition.

Gaider has now come full circle, with Beamdog employing many ex-BioWare personnel including Trent Oster and Brent Knowles, the Dragon Age franchise co-creator who quit the company in 2009 in disquiet at the controversial, action-heavy direction mandated for Dragon Age II by Electronic Arts. Beamdog have recently reissued updated, enhanced editions of Baldur's Gate, Baldur's Gate II (and their respective expansions), Icewind Dale and Icewind Dale II. They are currently finalising work on Baldur's Gate: Siege of Dragonspear, an "interquel" set between BG1 and 2 and expected for release in Spring 2016. Gaider is joining too late to work on that game (which was recently described as feature-complete and now in QA and testing) but will likely play a key role in whatever project Beamdog develop next, including the much-rumoured Baldur's Gate III.

BioWare have been hemorrhaging a lot of talent recently. Ray Muzyka and Greg Zeschuk, two of the company's co-founders, resigned in 2012. Jennifer Hepler, another writer, left in 2013. Casey Hudson, the director of the successful Mass Effect trilogy, departed in 2014. Although a lot of talent remains, BioWare have no announced projects underway beyond further expansions for Star Wars: The Old Republic and a new Mass Effect game, Andromeda, slated for release later this year or in early 2017. An all-new game, Shadow Realms, was cancelled last year. It is unclear what BioWare will be working on in the future, although rumours persist of a new, single-player focused Star Wars RPG and further Dragon Age games.
Posted by Adam Whitehead at 14:43