2035. Twenty years ago, aliens invaded Earth. An elite military organisation was formed to stop them: XCOM. It failed. Despite a heroic effort, the world was overrun and is now run by a joint alien-human government called ADVENT. On the surface ADVENT is peaceful and benign, pressing forward with advancements in medical technology and science. But they rule at the point of a gun and more sinister experiments are taking place in the background. 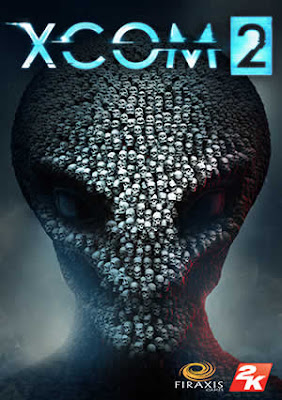 Now an underground resistance organisation, XCOM is creating sleeper cells around the world and stealing the aliens' technology to turn against them. All it needs now is a leader.

XCOM 2 is a sequel to 2012's XCOM: Enemy Unknown (and its expansion, Enemy Within), itself a remake of 1993's X-COM: UFO Defence. The X-COM/XCOM franchise has a reputation as one of the greatest video game series of all time, its combination of managing the defence of the entire planet with commanding individual combat missions against the aliens providing some truly sublime gameplay moments. XCOM 2 starts with a controversial premise: you lost the war against the aliens in the original game and now have to fight back with an underground resistance movement. There's a canonical (kind of) explanation for why you may remember winning in the original game, but you can just rationalise it as an alternate timeline if you really want.

Gameplay is similar to XCOM: Enemy Unknown, although there are a few twists. Once again you have a base of operations and have to upgrade it, building new facilities and carrying out research and development. However, your base is now a mobile SHIELD helicarrier alien cargo ship called the Avenger. You have to physically move the Avenger around the world map to recruit new agents, pick up supplies and carry out assault missions. As well as supplies (which replace money from the first game) you have to glean Intel to uncover the alien plans and you have to be more tactical in how you get hold of resources like elerium and alien alloys, which are required to research and build new equipment. When a mission starts, the game switches to a turn-based strategy map as you guide your team of up to 6 soldiers to fulfil an objective. This can vary from killing all the aliens present to rescuing a VIP to hacking a data terminal, often against a punishing time limit.

As the game continues (a first playthrough of the campaign will take around 25-30 hours) new, more powerful aliens are introduced so you have to stay on your toes, constantly researching weapons and armour so you can survive these tougher opponents and take them down. XCOM: Enemy Unknown sometimes forced you to compromise between different research tiers and trees, but XCOM 2 is positively evil in how it forces you to switch between different objectives, rush around trying to put out lots of fires simultaneously and in how long everything takes when the aliens are almost constantly attacking. XCOM 2 certainly makes you feel like you've got the whole world against you. It's a much, much tougher game than its forebear even on the equivalent difficulty levels. 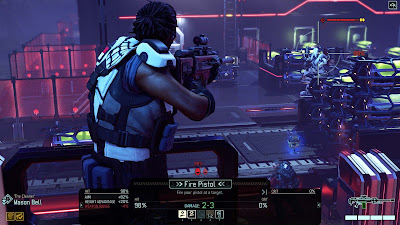 It's also a game that gives you a lot of options. Character builds were something you could get away with not studying intently in the original game, but XCOM 2 is so tough that optimising your upgrade path is much more vital. For example, you can pick upgrades for your Sharpshooters that allow them to snipe enemy targets across the map with chained shots and using other soldiers to spot for them. You can also eschew that and pursue a gunslinger series of upgrades that give them up to six pistol shots a turn. A pistol doesn't do much damage, but upgrade it to a plasma pistol and fire it six times and it rapidly becomes one of the most powerful weapons in the game. The other classes get similar upgrades, with Grenadiers able to deal out masses of high damage with explosives and heavy weaponry and Specialists getting powerful drones that can dish out first aid and force fields (effectively) from right across the map. Rangers get excellent scouting and melee combat abilities that makes them formidable both at range and up-close.

For those who love rolling dice and comparing stats, XCOM2 is immensely rewarding. For those who want to just enjoy the game and get through to the end, don't be afraid to whack the difficulty down to easy ("Easy" in XCOM 2 is really not all that easy at all) and save-scum your way through the game. It doesn't take prisoners.

The game does hit the same sweet spot as the original of combining the widescreen, epic war for humanity's survival on a global level with individual combat missions, allowing you to customise your soldiers in almost any way that you please. However, whilst in-mission combat is tenser, more varied and more scenic than before - helped by the new, randomly-generated maps - the global strategic game is a lot more annoying. Some things take inexplicably long amounts of time - three days to pick up a supply drop you've just been given the coordinates to? - and you can bet that a vital, non-skippable mission will crop up 2 seconds before you'd have otherwise successfully researched your next tier of body armour. The game does a great job of making you feel like you're up against insurmountable odds, but all too often goes over that line and makes it almost impossible to proceed. The problem is that this steep increase in challenge abruptly falls off once you get the best weapons and gear and the game becomes, if not easy, than relatively straightforward.

XCOM 2 (****) is therefore a very good game, but ends up being frustrating. The combat is more interesting than in Enemy Unknown and represents a major step forward over it, but the grand strategic game feels random, arbitrary and at times tedious, and is a bit of a step back from Enemy Unknown's. Combined with the much more punishing difficulty level, this makes the game hard to recommend unambiguously. If you enjoyed the previous game and want more of the same, but more hardcore, XCOM 2 is certainly worth your time. If you haven't tried the franchise yet, I would definitely recommend starting with the previous game before tackling this one. XCOM 2 is available now on PC.

Technical Notes
XCOM 2 launched in a heavily bugged state on PC, featuring unusual lag, inexplicable CPU and GPU spikes and frame-rate drops, and occasional crashes. I was lucky in that I experienced only one actual crash in the whole game, and this guide helped improve performance immeasurably. However, waiting for a more comprehensive patch to fix the game's problems may be advisable.
Posted by Adam Whitehead at 21:19