No, a GAME OF THRONES prequel movie isn't in development

A couple of clickbait sites (that I won't dignify with a link) have been posting claims that HBO is working on a Game of Thrones prequel movie based around Robert's Rebellion, the civil war that took place twenty years before the events of the TV series and saw Robert Baratheon take the Iron Throne. 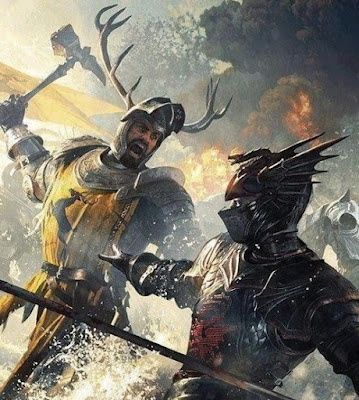 This is, of course, untrue. George R.R. Martin has gone on record several times saying that HBO only has the rights to A Song of Ice and Fire itself. It does not have the rights to make any prequel series or films without Martin's involvement. Martin has also indicated he is not inclined to pursue any project related to the Rebellion, stating that by the end of the books all of the important beats of that war will be known and an actual account of it would just be joining in the dots. HBO themselves appear to have agreed, and Season 5 and (reportedly) Season 6 will be featuring flashbacks and reports of the events of that civil war that would also seem to make an actual account of it redundant.

This isn't to say that Martin would not be amenable to discussions about other ASoIaF stories being turned into films and TV shows, such as the Dunk and Egg prequel novellas (recently collected in A Knight of the Seven Kingdoms) or The Princess and the Queen or The Rogue Prince, just that HBO would have to acquire the rights from him first and that, whilse discussions have taken place, no firm plans are in place at the moment.
Posted by Adam Whitehead at 12:26

Email ThisBlogThis!Share to TwitterShare to FacebookShare to Pinterest
Labels: a game of thrones (TV series), a song of ice and fire, george r.r. martin, hbo, rumours

Somehow I'm not surprised this was a false rumor. *eye roll* I guess some people like watching the same thing over again, but I think maybe most people can connect the dots. Though... maybe not seeing as this actually because a fairly wide-spread rumor. Oh well.