It was on, off and now back on again. Universal and Legendary Pictures are moving ahead with Pacific Rim 2, probably for a 2018 release date. 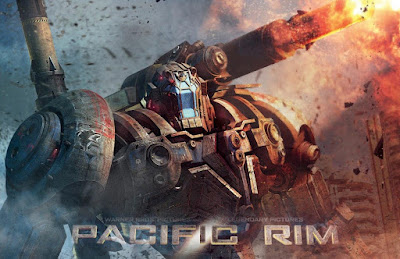 The original movie did reasonably well at the box office (especially internationally) but wasn't a smash hit, so there was a bit of a wait before the sequel was confirmed, originally for 2017. However, having greenlit the movie Universal decided to put it on ice whilst it sorted out its development and production schedules. This has unfortunately meant that Guillermo Del Toro will be unable to return to direct, having already moved on to other projects. However, Del Toro will still co-write (with Jon Spaihts) and produce the movie.

The new director is Steven S. DeKnight, the Buffy the Vampire Slayer veteran who went on to create Spartacus and is currently working on Netflix's Daredevil. The film will be DeKnight's directorial debut.
Posted by Adam Whitehead at 17:48