Nicholas Meyer has joined the new CBS Star Trek series as a writer and producer. Meyer is the acclaimed writer/director of Star Trek II: The Wrath of Khan (1982) and Star Trek VI: The Undiscovered Country (1991), as well as a writer/producer on Star Trek III: The Search for Spock (1984) and Star Trek IV: The Voyage Home (1986). Meyer's successful handling of the franchise after the disappointing critical and commercial reception of Star Trek: The Motion Picture (1979) is credited with saving Star Trek and paving the way for The Next Generation and all the later series and films. 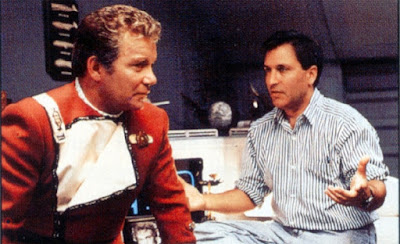 
Meyer joins already-announced producer/showrunners Alex Kurtzman and Bryan Fuller. The new Star Trek series is intended to go into production later this year to debut on CBS in January 2017. The show's setting, time period, premise and cast has yet to be announced.
Posted by Adam Whitehead at 14:34

Fingers crossed for original continuity... really want to know what happens after DS9/Voyager. The Alpha Quadrant was quite a mess after the Dominion war.