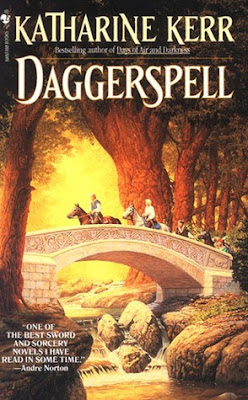 The Deverry Cycle spans fifteen novels in four sub-series. The first, Daggerspell, was published in 1986. The books span centuries, featuring the same characters reincarnated across multiple lifespans. Originally planned as a single short story, the saga sprawled much further than planned. The previous novel in the series, The Silver Mage (2009), was supposed to end the series for good.

The new book will likely be published in late 2017. It doesn't yet have a title. HarperCollins will publish in the UK, but an American publisher has not yet picked up the series.
Posted by Adam Whitehead at 21:11

Good news, this is a series I very much enjoyed.

I believe that this is going to be set some 300-400 years later, so not a direct sequel to the series (which was wrapped up satisfactorily in the Silver Mage imho). Some characters will make cameo appearances but it will be a new cast.