Producer and film-maker Arwen Curry is in the middle of production on a documentary about revolutionary SFF writer Ursula K. Le Guin. The Worlds of Ursula K. Le Guin will tell the story of the author and her fiction, including its impact on later writers. Although production is advanced, she has decided to use Kickstarter to secure additional funding to bring the project to completion. 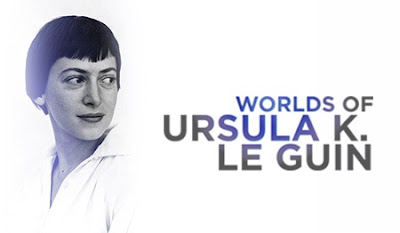 Ursula K. Le Guin is one of the most important living authors of speculative fiction. She is best-known for the Earthsea YA fantasy series, beginning with A Wizard of Earthsea (1968), and a sequence of important, well-written and fiercely intelligent science fiction novels including The Left Hand of Darkness (1969), The Lathe of Heaven (1971) and The Dispossessed (1974). Le Guin is famous for her progressive politics (A Wizard of Earthsea has an almost all-black cast of characters, sparking her fury when the TV mini-series adaptation cast everyone as white) and her exploration of the social impact of science fiction ideas, such as interstellar travel and communications, and how sexuality works in a society where gender is biologically fluid.

Le Guin's impact and influence is notable, on SFF authors as well as on more literary authors such as Michael Chabon and Margaret Atwood, whose previous reluctance to be counted as an SF author seems to have been partially eroded through conversations with Le Guin about the nature of genre. Le Guin is certainly one of the most important SF authors of all time, so a documentary about her life seems very fitting.