There's been a glut of memorials and reminiscences for those who've left us recently, so it might be refreshing to celebrate those who are still with us. Today marks the birthdays of two pioneers and legends in their particular fields. 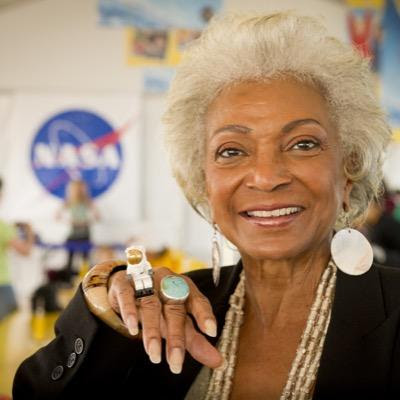 Nichelle Nichols turns 84 today. She is best-known for portraying the role of Lt. Nyota Uhura on the original Star Trek series, on which she was cast after working with producer Gene Roddenberry on his previous series, The Lieutenant. Roddenberry was keen on portraying the crew of the Enterprise as diverse and insisted on including an African-American woman on the main crew. Uhura's prominence in the cast, including having her name in the main credits, was unusual during a period of pronounced racial tensions in the United States.

Despite her prominent role on the cast list, Nichols' character didn't have a huge amount to do and she considered leaving after the first season to return to musical theatre. However, she met with Martin Luther King, Jr., a fan of the series, and he convinced her to remain as he found her role, however small, inspiring. Nichols remained on the show until its cancellation in 1969 and returned to voice the character on Star Trek: The Animated Series.

After Star Trek's cancellation Nichols was recruited by NASA to help set up a program to recruit female and minority staff. The program was extremely successful, with recruits including Sally Ride (later the USA's first female astronaut), Charles Bolden (the current NASA administrator), and Guion Bluford, the first African-American astronaut. In 1976 Nichols was a special guest during coverage of the Viking landings on Mars and, along with the rest of the Star Trek cast, was invited to the christening of the test shuttle Enterprise.

Nichols reprised her role as Uhura in the first six Star Trek movies from 1979 to 1991 and also in an episode of the fan-made series Star Trek: Of Gods and Men. She has appeared in other TV series, including a guest role on the NBC superhero drama Heroes and a recent appearance on the independent SF production Renegades, as well as doing extensive voice work. She played herself twice on Futurama. 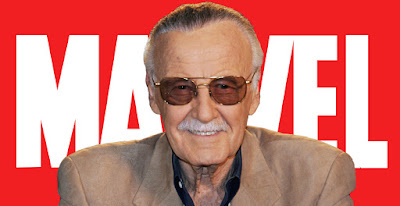 Lee created or co-created most of the major characters to come out of the Marvel Comics stable in the 1960s. These include: the Fantastic Four (1961), the Incredible Hulk (1962), Thor (1962), Iron Man (1963), the X-Men (1963), Doctor Strange (1963), Daredevil (1964), Black Panther (1966), Falcon (1969) and, by far his most famous creation, Spider-Man (1962). Lee's masterstroke was to create a shared universe which all of these characters would inhabit simultaneously, and to also set the stories in real locations the audience would already be familiar with, such as New York. This stood in contrast to Marvel's biggest competitor, DC, which created fictional locales such as Metropolis and Gotham City for its biggest characters, Superman and Batman.

In 1963 Lee also began big team-up events, resulting in the formation of a super-team known as the Avengers. To expand the roster of characters, Lee also resurrected older characters that Marvel had inherited the rights to, most notably Captain America and the Sub-Mariner, and brought them to a new level of fame and success.

In 1972 Lee stepped back from writing the comics, bringing on board a new team of writers whilst he focused on the business side of things. Marvel went from strength to strength, most notably during Chris Claremont's lengthy run on X-Men (from 1975 to 1991), as well as thanks to the introduction of many new characters such as Luke Cage and Iron Fist. Lee stepped back from the comics business in the early 1980s to focus on developing Marvel characters for TV and film.

Lee appeared on-screen in 1989 as a juror in the TV movie The Trial of the Incredible Hulk, establishing a precedent that he would be given a brief cameo in every Marvel live-action production. This was further codified by his cameo appearance in the first X-Men movie (2000) and almost every Marvel-related movie since then. He has also appeared in small roles in other films, including a memorable turn as himself in Kevin Smith's Mallrats (and a mooted return in the forthcoming sequel TV series).

Many happy returns to both of these genre legends!
Posted by Adam Whitehead at 19:06