Richard Adams, an accomplished fantasy novelist, has died at the age of 96. He was best-known for his children's novel Watership Down. 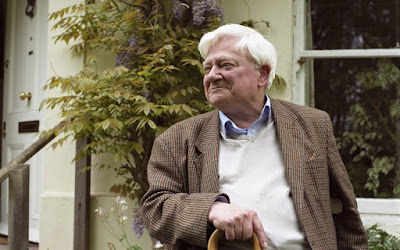 Adams was born in 1920 in Wash Common, Berkshire, and served in the Second World War as a brigade liaison in the Middle East. Upon returning from the war he studied for a degree and joined the Civil Service in 1948, continuing to work there until 1975 when he left to focus on writing full-time.

In 1970 he began telling a story about rabbits to his two young daughters, coming up with a new episode each evening to tell them on the way to school the next day. They were caught up in the story and asked him to write it down. After being turned down several times, it was published in 1972 to immediate critical acclaim and high sales. The book was noted for its worldbuilding, with the rabbits being given distinctive characteristics and a highly-detailed society and mythology.

In 1974 Adams published his first novel for adults, and his first explicit work of secondary world fantasy. Shardik is set in a detailed fantasy realm known as the Beklan Empire and focuses on Kelderek, a hunter who becomes convinced that a huge wild bear he has encountered is the incarnation of the god Shardik. His faith in the bear is sorely tested but ultimately leads him to find happiness and contentment.

In 1977 Adams revisited his concept for Watership Down, this time in a novel about dogs who escape from an animal testing laboratory and seek salvation in the world outside. However, their ability to deal with the outside world is compromised by the medical alterations performed on their brains. The Plague Dogs also enjoyed a strong critical reception.

British film-maker Martin Rosen adapted both Watership Down and The Plague Dogs into animated films, in 1978 and 1981 respectively. Watership Down's film was an enormous success, thanks to its distinctive voice acting, the impressive quality of its animation and the film's theme song, "Bright Eyes", sung by Art Garfunkle. Between 1999 and 2001 Rosen adapted Watership Down a second time as an ongoing TV series which lasted for three seasons. It was not as well-received as the earlier film due to being aimed at a younger audience and having most of its violence and graphic imagery removed.


"All the world will be your enemy, Prince with a Thousand Enemies, and whenever they catch you, they will kill you. But first they must catch you, digger, listener, runner, prince with the swift warning. Be cunning and full of tricks and your people shall never be destroyed."

After a supernatural thriller, The Girl in a Swing (1980), Adams returned to fantasy with his longest novel, Maia (1984). A semi-prequel to Shardik, the book tells the story of a young woman sold into slavery in the Beklan Empire who manages to turn her circumstances to her advantage. Traveller (1988) recounts the life of Confederate General Robert E. Lee from the POV of his horse. Daniel (2006) explores the ramifications of the slave trade on a young plantation worker who manages to escape and campaigns in England for the abolition of the trade.

In 1996 Adams returned to his most famous creation for Tales from Watership Down, which adds more episodes and short stories to the original narrative, including a larger and more substantive role for does (the original novel having been criticised for ignoring the fact that, in the wild, female rabbits are more likely to leave an established warren to establish a new one than young males). 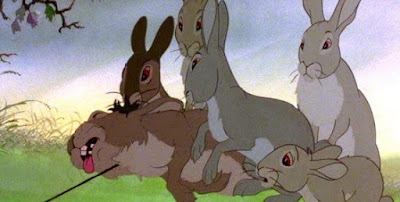 Adams's influence on modern fantasy and particularly children's fantasy is considerable; Watership Down may be the most important and influential children's fantasy novel published in the half-century gap between The Lion, the Witch and the Wardrobe and Harry Potter and the Philosopher's Stone, due to the sheer number of animal fantasies that followed in its wake (most notably, the Redwall saga by Brian Jacques and Tailchaser's Song by Tad Williams). The book is notable for its dark, often terrifying tone, which the 1978 film version does not shy away from either. Adams would later muse that maybe the book was too dark for children, but also that this may have contributed to its success. Adams resisted the urge to write more stories set in the same world, instead preferring to pursue more original work, until twenty years later when he published a related short story collection.

Last year it was announced that Netflix and the BBC are working on a new, animated Watership Down TV series. Consisting of four hour-long episodes, the new series will feature voice acting from the likes of James McAvoy, Nicholas Hoult, John Boyega, Ben Kingsley, Olivia Colman, Ann-Marie Duff and Gemma Arterton. It is expected to be released in late 2017.
Posted by Adam Whitehead at 18:06

I've yet to read the Watership Down and Beklan books but I've read The Plague Dogs.
Being an animal lover I found it almost unbearably sad in some places, especially given the fact that the horrible animal "tests" described aren't fictional.
Yet, it's a beautiful novel and the interaction between Rowf and Snitter is great. And I loved the Tod even though I had some difficulties understanding his accent! ;-)
Definitely not your run-off-the-mill novel but very much worth a read.