More TV shows exist than is physically possible to watch

2016 has marked a new high in the number of scripted TV shows created in the United States. Astonishingly, 455 original dramas, comedies and musicals have aired during the course of this year. This includes new shows and established ones. 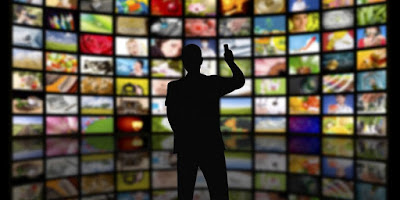 This is a significant increase from 421 in 2015 and 389 in 2014. In 2009 there were only 210 such shows. The increase is being driven by streaming services such as Netflix, Hulu and Amazon, which saw the number of original shows more than double from 46 to 93.

And of course that's only the USA. The UK continues to generate more English-language shows, as does Canada, Australia, New Zealand and more. Foreign-language shows are also making more of an impact, such as France's The Returned and Brazil's 3%.

The biggest new American shows of 2016 were probably HBO's Westworld, NBC's This is Us, Netflix's Stranger Things and FX's Atlanta, although Netflix's The OA has also picked up some late-breaking buzz. Returning hits were numerous (such as Netflix's Daredevil), but The Walking Dead and Game of Thrones once again dominated the zeitgeist.

A growing problem for fans of good drama is how on earth they can sample even a small portion of this vast amount of content. Speaking as someone who watches a lot of TV, it's all I can do to keep up with a few shows and still watch new ones here and there.

It's a good problem to have (especially given the fear a few years ago that reality TV was going to take over everything), but I'm starting to think that TV drama producers should agree to a five-year moratorium on making new shows until everyone has caught up with everything they've wanted to see from the last few years.
Posted by Adam Whitehead at 14:24

Lots of good shows out there right now.Looking forward to the return of Last Kingdom which I think was actually better than Game of Thrones. Walking Dead is starting to get a little dry because there isn't an end game or purpose in sight though. That's kind of the shows issue. Wander around until they run into a group of bad asses, get beaten down for a while, rise up and kick ass, wander around some more, rinse and repeat.