Visit Westeros, the Malazan world and the Forgotten Realms as globes

A website called Map to Globe allows budding fantasists to transfer their flat maps onto a sphere so you can see what your fantasy world looks like as an actual planet.


I've been playing around with it using some famous fantasy worlds.

A Song of Ice and Fire

This doesn't work entirely well because the maps of the North and the lands beyond the Wall need to be adjusted so they work on a globe. So this is a very rough and ready look at Westeros and Essos. It works really well for Essos and the Jade Sea, though (the coastlines of Sothoryos, eastern Essos and Ulthos are non-canon and speculative though).

(note: may not be working: either the maps time out after a while or I linked this in too many places and it's getting hammered).

The Malazan Book of the Fallen

This works really well, because Steven Erikson and Ian Cameron Esslemont were clever enough to stay away from the poles, which introduces a lot of distortion. 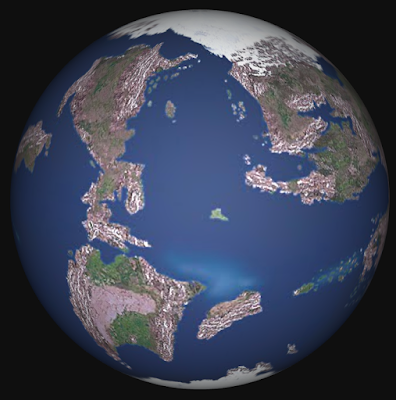 This was easy because mapmakers ProFantasy created a globe of the Forgotten Realms for their Forgotten Realms Interactive Atlas CD-ROM released in 2001. The base maps from that CD-ROM still splendily wrap around a sphere like they were supposed to. 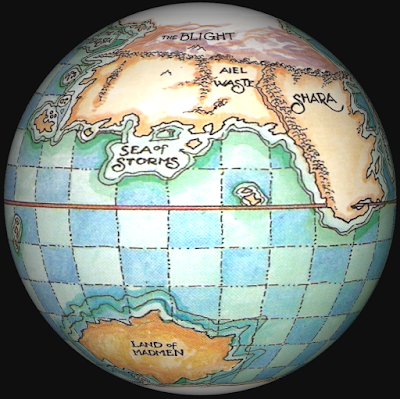 The Wheel of Time

The world of Robert Jordan's The Wheel of Time. The base map is not tremendously detailed and the artist did not draw Seanchan to the correct scale (the south of the continent extends much further east, explaining better why they chose to invade the Westlands from the west rather than the east). 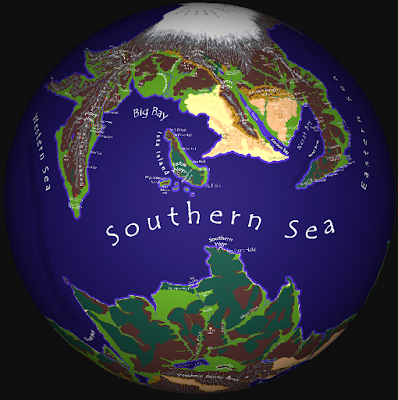 It works pretty well with Pern, the planet from Anne McCaffrey's Dragonriders of Pern series. 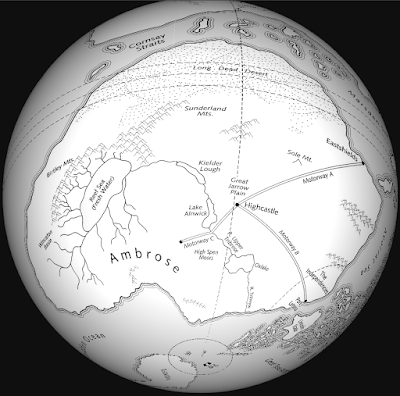 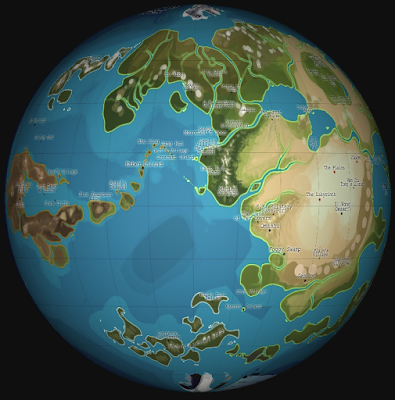 The planet from Avatar: The Last Airbender and its sequel series, The Legend of Korra. 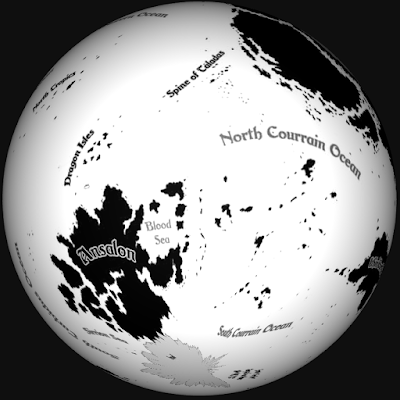 Krynn, the planet of the Dragonlance Saga. 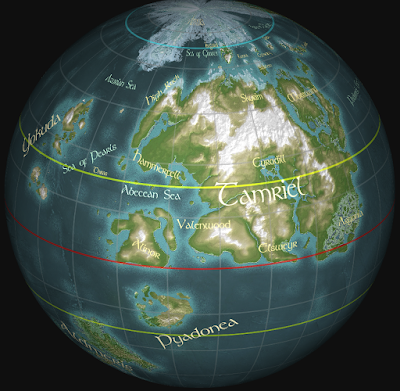 Nirn, the planet of the Elder Scrolls video games. 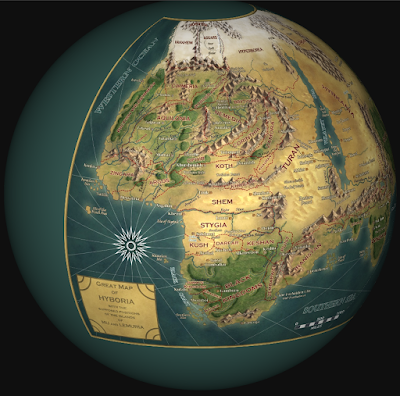 This is the world of Conan the Barbarian, which is based on Earth many thousands of years ago. This map is rough, since I didn't line up the features of the Thurian continent with the real Eurasia. 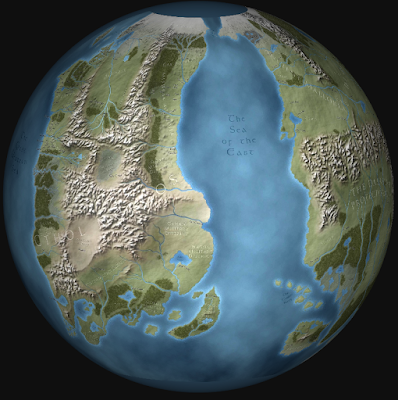 This is the world of The Belgariad and The Malloreon by David and Leigh Eddings.

All in all, a fun little timewaster for a few hours.
Posted by Adam Whitehead at 21:55

Email ThisBlogThis!Share to TwitterShare to FacebookShare to Pinterest
Labels: a song of ice and fire, anne mccaffrey, conan the barbarian, elder scrolls, forgotten realms, george r.r. martin, maps, the malazan book of the fallen, the wheel of time

I like them, especially the Westeros globe. If Planetos is probably around the same size as Earth (slightly larger), Essos is the size of Eurasia and Sothoryos is another massive continent, then they'd probably sprawl across most of a hemisphere like that. The other hemisphere would be open ocean with island chains, or maybe Americos (I lean towards "Americos" because a truly vast open ocean like that would probably generate some formidable storms on Westeros' western coasts).

That's a good point. Also, I have seen physical models trying to model pangea, and the gravity center probably causes a bald spot in the ocean on the other side anyways, for a de facto continent.