With Solo in cinemas and work on Episode IX underway, Disney are turning their attention to how the next generation of Star Wars movies are going to shake up. They are planning two new trilogies of films as well as more stand-alone movies to be released under the "Star Wars Story" moniker. 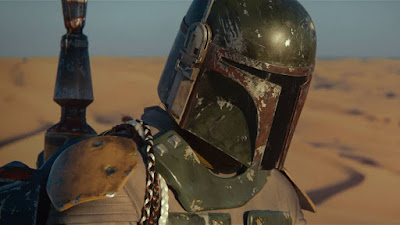 At the moment Disney have no officially-announced movies slated for release beyond J.J. Abrams' Episode IX, which is expected to hit cinemas in December 2019. The question of what Star Wars stand-alone movie will arrive in 2020 has been occupying fans of late, with strong rumours circulating that Ewan McGregor will be reprising his role as Obi-Wan Kenobi for a film set between Revenge of the Sith and A New Hope. Stephen Daldry (Billy Elliott, The Hours) is in talks to direct the film, with shooting reportedly already pencilled in for 2019 but still not officially announced or confirmed.

Today it's been strongly reported that a Boba Fett movie is back on the production slate. The film was one of several ideas announced alongside Rogue One and Solo, but it was shelved after Disney fell out with prospective director Josh Trank, with Solo moved up the production schedule to replace it. The report today is that the project is back on with Logan director James Mangold in talks to direct.

It's unclear if the once-mooted idea that an unknown character would kill the Fett from the prequel trilogy and steal his identity (thus restoring ambiguity to a character whose backstory should never have been explored in the first place) is still in serious contention either.

It's also unclear at the moment if the Fett movie is meant for the 2020 or 2021 slot; Mangold was supposed to be directing a movie about the Ferrari company next, so assuming that's still the case, this would suggest that the Obi-Wan movie will be out in 2020 with a Fett film to follow in 2021. However, this production timetable is complicated by the fact that Rian Johnson is developing a Star Wars movie trilogy (albeit one with a brand-new story, not centred around the "saga") and Game of Thrones producers David Benioff and D.B. Weiss will be rolling directly into their own multi-film Star Wars project after Thrones wraps next year.

This crowded production space - which isn't even taking into consideration the heavily-rumoured Solo sequel or the Yoda movie (although that seems to be more permanently off the table, given George Lucas apparently absolutely hated the idea) - suggests that Disney want to take Star Wars in the same direction as the Marvel movies, with 2 or even 3 movies a year released. Whether this is viable given the apparently lack of confidence in the Star Wars camp over allowing their movies to be as diverse in tone as the Marvel roster is open to question.

At the moment a potential Star Wars release schedule going forward could look like this:

There's also the Star Wars live-action TV show set a few years after Return of the Jedi, helmed by Jon Favreau, which should arrive in late 2019 or early 2020, and Star Wars: Resistance, a new animated show focusing on Captain Phasma and Poe Dameron which will arrive later this year.
Posted by Adam Whitehead at 23:10

Email ThisBlogThis!Share to TwitterShare to FacebookShare to Pinterest
Labels: disney, i've got a bad feeling about this, lucasfilm, star wars, unnecessary