Amazon in provisional talks to save THE EXPANSE

Amazon has reached a provisional agreement with Alcon Entertainment to save The Expanse. 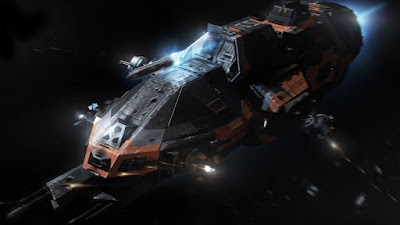 SyFy dropped the show last week after disappointing ratings for the first few episodes of Season 3, despite the show scoring a rare 100% positive review metric at Rotten Tomatoes. The Expanse is the second-highest-rated show on the network (behind only The Magicians), but SyFy's deal with Alcon Entertainment means they only get first-run US broadcast rights. Streaming rights go to Amazon US and international broadcast rights go to Netflix. DVD and Blu-Ray sales also go to Alcon. This means that in order to monetise the show, SyFy needs the show to be a big hit on first-run broadcast or on reruns or DVR recordings watched within three days. And of course, that's not how people consume media any more.

Amazon's deal is provisional and apparently dependent on a financially suitable package being worked out that is agreeable to everyone. Potential sticking points relate to the show's international rights and whether it's possible for Amazon to pick them up for Netflix without it breaking the bank to do so, or even if it's possible for Amazon and Netflix to do a shared distribution deal, which would be breaking new ground.

The Expanse is an appealing pick-up for Amazon: it's critically acclaimed but also has mass appeal (which neither SyFy nor Netflix have fully realised), it is relatively cheap by Amazon's standards even as it was quite expensive by SyFy's, and it already has a production team and cast in place, along with standing sets and a shooting schedule. The show's team has also been surprisingly good at getting seasons out the door with only 12-14 months between them, unlike the 18-24 months being taken by other streaming shows. Amazon has picked up a whole raft of SF and fantasy projects based on books recently (including Lord of the Rings, Conan the Barbarian, Ringworld and a show based on Iain Banks' Culture novels), so The Expanse fits into that wheelhouse perfectly. The good news is that with all of those projects at least three years away, The Expanse could get at least another two seasons on TV before they hit, giving Amazon some much needed original content.

Apparently Jeff Bezos is a fan of the books (the guy is a massive SFF fan) and was keen on Amazon getting involved in the first place when the US streaming rights came up, and is happy to shell out the money for the entire show as long as it makes sense to do so. It now looks like the deal will hinge on whether Amazon can extricate the international rights from Netflix, but so far the noises sound positive.
Posted by Adam Whitehead at 22:39