SyFy hints at a rethink on THE EXPANSE cancellation...if ratings improve

According to Expanse actor Cas Anvar, SyFy has suggested it might reverse its decision to drop The Expanse is there is an improvement in the show's ratings for the remainder of Season 3. This is on top of positive noises from Amazon that they are at least aware of the situation, with Netflix having passed on it. 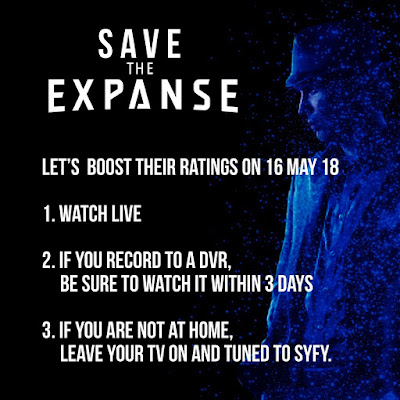 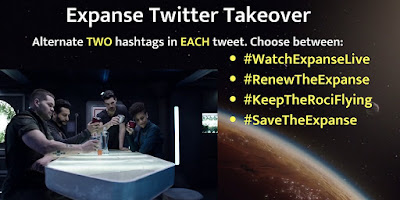 According to Anvar, SyFy's metrics for measuring the success of the show are down to its first-run viewing figures (it's "live" figures when it first airs on SyFy). They also count all DVR recordings, as long as they are viewed within 3 days. Apparently - and SyFy themselves have rather oddly confirmed this (suggesting they're happy to game their own system) - if you do both, it counts as two viewings of the show. 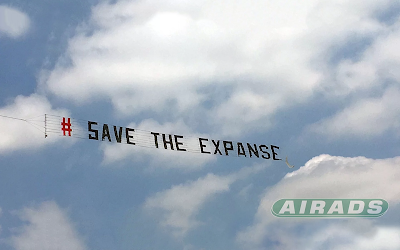 Fans of the show paid to have this banner flown over Amazon HQ for four hours yesterday.

This is only helpful for American viewers, since international viewers won't be able to see Season 3 for another six months thanks to the (dubious) international distribution deal that was worked out between SyFy and Alcon Entertainment.

The window for saving the show is unclear: there are six episodes of Season 3 left to air before the season ends in June, but some reports have suggested that Alcon won't be willing to pay for storage for the sets and props beyond a few more weeks, so that if the show isn't picked up soon they'll strike the (very expensive) sets and that will make the cost of remounting the show much greater.
Posted by Adam Whitehead at 21:35