In an interesting move, Amazon have greenlit a new pilot based on Stephen King's dark fantasy series The Dark Tower. The move comes just two years after a movie version, starring Idris Elba and Matthew McConaughey, bombed at the box office. 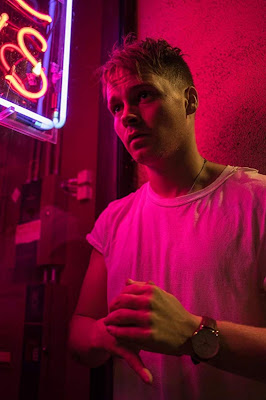 The new TV version of the story will adapt the series in a more chronological order, starting with the events of Wizards and Glass, the fourth novel in the series. Wizards and Glass mostly flashes back to the young days of central character Roland Deschain and his early encounters with the enigmatic Man in Black, here going by the alias Marten.

Sam Strike (Nightflyers) has been cast as the young Roland, whilst Jasper Pääkkönen (BlacKkKlansman, Vikings) is playing Marten.

The TV series started life as an addendum to the Dark Tower movie, with the plan being for Idris Elba to narrate a framing device and the series telling the story of Roland's younger days with a new, younger actor in the role. However, Amazon have now severed the storytelling connections between the 2017 movie and this new version of the story, allowing it to stand alone. Presumably, if successful, the series would then undergo a time jump and start adapting the events of The Gunslinger.

The Dark Tower is the central work of Stephen King's career, with most or all of his novels taking place in the Dark Tower multiverse, where different dimensions, timelines and worlds collide. The formal Dark Tower series, which has sold over 30 million copies, consists of eight novels (The Gunslinger, The Waste Lands, The Drawing of the Three, Wizard and Glass, Wolves of the Calla, Song of Susannah, The Dark Tower and The Wind Through the Keyhole), but many of King's most famous novels, including The Stand, also tie into the same story and setting.

With only a pilot greenlit, we're likely 18 months or so from seeing The Dark Tower on screen, but it's certainly a promising step in the right direction, and a surprising display of faith from Amazon in the franchise given its recent box office failure.
Posted by Adam Whitehead at 18:18