Bruce Banner is a mild-mannered scientist who inadvertently turns into a monster every time his heart rate accelerates and he is subjected to great stress. Hunted by the government and the US military, he takes refuge in Brazil whilst trying to develop a cure for his condition. His path leads him back to the United States, and the realisation that others like him could exist. 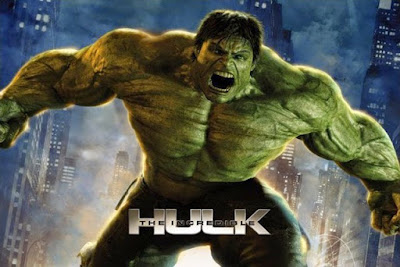 It's a subject of some irony that the Incredible Hulk was the first Marvel character that was really nailed in live-action performance, thanks to the enjoyable 1978 TV series starring Bill Bixby, but subsequently failed to make work in several attempts, including Ang Lee's 2003 movie and this effort, the second film in the Marvel Cinematic Universe.

Edward Norton takes on the role of Bruce Banner, playing him as a highly resourceful and intelligent scientist who fears to let the Hulk out and goes to some lengths to prevent it, whilst also being aware that he needs to find a cure. Norton gives a curiously flat performance in the film, the intense energy of his more famous film roles not really to be found. This is odd as Norton was also involved in writing the script, so you'd assume he'd have tried to include more interesting material to sink his acting teeth into, but instead delivers a fairly unremarkable film.

It's certainly not an incompetent film, and there is some stuff to enjoy, such as the fact that the origin story is told in a brief credit sequence at the start of the movie allowing the plot to begin immediately. The Brazilian favela setting of the start of the film is unusual, memorable and interesting, and the supporting cast give game performances, particularly Tim Roth and William Hurt, although Liv Tyler doesn't have much to do.

The weaknesses of the film are more obvious. The movie has some pacing issues, with a bit too much redundant shots of Norton running around, angsting over data and USB sticks and of William Hurt doing manly American general stuff. It feels too long, although it's actually the shortest movie in the MCU (tied with Thor: The Dark World), and Tim Roth's Abomination is a very underdeveloped character. His decision to voluntarily turn himself into a psychopathic monster and start tearing up New York at the end of the film feels random and poorly-motivated.

There's also the effects. Even in 2008 Hollywood was capable of better CG than what we get in this film, where the Hulk is effective in night time scenes but feels a bit too fake in daylight scenes. Compared to the later incarnation of the Hulk in the MCU (played with much greater charisma by Mark Ruffalo as both Banner and a mocapped Hulk), this one doesn't work as well.

The leaden pace, the indifferent lead performance, so-so CGI and a perfunctory concluding battle all make this feel like a film from a different universe rather than the MCU, which perhaps explains the indifference with which it has been treated every since it came out (if it wasn't for William Hurt's character recurring in Civil War and Infinity War, it'd be possible to believe this film had been jettisoned from continuity altogether).

The Incredible Hulk (***) is watchable but unexciting, lacking the verve and energy of many of the other MCU movies, and is a serious challenger for the title of most forgettable movie in the series.
Posted by Adam Whitehead at 21:30