Netflix's LOVE, DEATH & ROBOTS brings some of SFF's biggest names to the screen

Tomorrow (Friday 15 March), Netflix are releasing a new series called Love, Death and Robots. An anthology series, it showcases eighteen short (5-15 minute) SF films about the title concepts, based on short fiction by some of SFF's biggest names, as well as some films by concept artists. 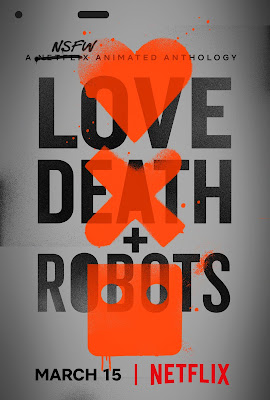 Executive produced by David Fincher, the anthology series features the following stories with the confirmed writers so far:

Sonnie's Edge by Peter F. Hamilton (set in the universe of The Night's Dawn Trilogy)

Oh... I tried to comment saying setting myself with excitement at this.l. But so far have had over a dozen stupid i’m Not a robot screens to go through.....pointless...