Filming of THE WITCHER Season 2 paused after a coronavirus outbreak

Shooting of Season 2 of Netflix's fantasy show The Witcher has been paused again after four crewmembers tested positive for coronavirus. The show had been shooting in the UK. 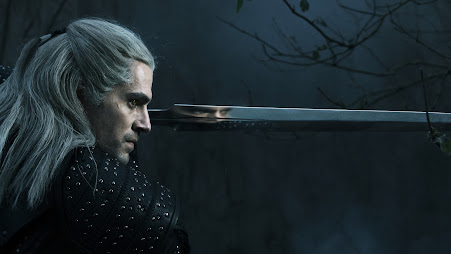 The show originally paused filming in March after actor Kristofer Hivju tested positive for the virus. The show was a victim of the UK's first lockdown in March-May of this year and filming resumed in August under strict protocols. Location shooting in Yorkshire halted last month as local coronavirus cases began to increase and it was decided to move shooting to soundstages where cast and crew could be better controlled. Unfortunately it seems that protocols were not successful in preventing the virus from spreading.

Britain recently began a second lockdown after a dramatic rise in cases in September and October. The lockdown is expected to continue until the start of December.

Another fantasy show, The Wheel of Time, reportedly suspended production in the Czech Republic after a similar local increase in cases. However, The Lord of the Rings: The Second Age, shooting in currently-COVID-free New Zealand, is still shooting.