Gale Force Nine Games has sued Wizards of the Coast for breach of contract, following Wizards' attempt to terminate a previously-agreed contract a year early. 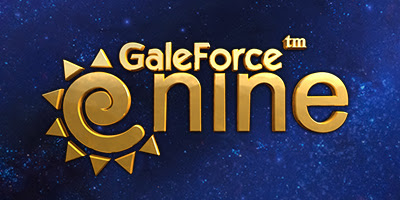 Gale Force Nine and Wizards of the Coast entered into four-year agreement in 2017 for GFN to provide overseas and foreign translations for WotC's Dungeons and Dragons RPG products in several overseas markets. GFN worked with localisation staff in each territory to produce a translated version of each product, which WotC then approved and was then published.

This contract was originally due to expire in February 2021 but was extended to the end of December 2021.

In May 2020, WotC contacted GFN to ask to terminate the contract one year earlier than planned. However, GFN had already begun work on projects due to be published after that period but which had been previously agreed upon, at considerable expense. Some discussions were held on a way of reconciling the issue, but when WotC proved inflexible GFN simply informed them they would abide by the original terms of the contract. However, since then WotC have refused to issue approval for completed products in line with the 2017 contract.

Once GFN made clear its intention to enforce the contract, WotC informed GFN they were in breach of contract by publishing two sub-par works in overseas markets, one in South Korea and one in France. However, GFN notes that both products had been authorised and passed the approval process. WotC also believed that the French translated work had been used in a copyright-infringing manner, but had declined to pursue legal action against the company involved.

Gale Force Nine are seeking damages of $950,000 from WotC for their failure to fulfil their contractual obligations.

This is the second major lawsuit that Wizards have found themselves receiving in as many months. Last month, Dragonlance authors Margaret Weis and Tracy Hickman sued Wizards for $10 million for breach of contract after summarily suspending work on a new Dragonlance novel trilogy.