Modiphius have been teasing their new Dune tabletop roleplaying game with a reveal of some of the artwork and confirming that they will start taking pre-orders next month. 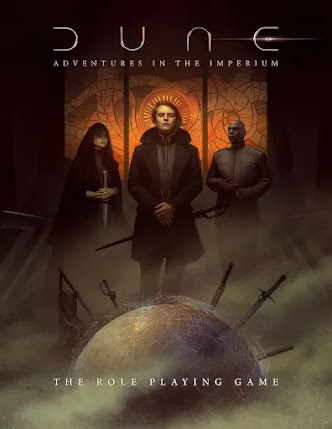 Dune: Adventures in the Imperium utilises the 2d20 rule system that Modiphius have used for their Age of Conan, Dishonored and Star Trek RPGs, among others. The base setting is some years before the events of Dune, with the players and Gamesmaster working together to create a new noble House of the Landsraad, which the players can guide through political intrigue as well as representing its interests through agents who have to go on clandestine missions to distant worlds, including Arrakis. 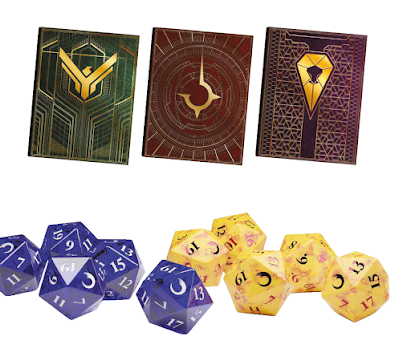 The core Adventures in the Imperium rulebook will be available as a standard game and also a choice of one of three deluxe editions, with a special cover reflecting the sigil of House Atreides, House Corrino or House Harkonnen. There will be two dice sets available for the game, as well as a Gamemaster Screen and a Player's Journal to record adventure notes in. Further expansions to the game are in the planning stages. 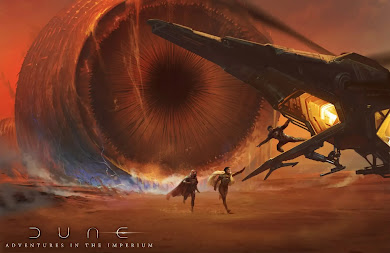 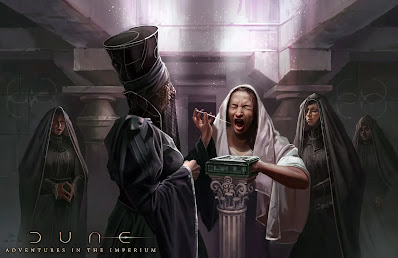 Dune: Adventures in the Imperium is anticipated to be released in early 2021. Modiphius are also currently working on Fallout and Homeworld RPGs using the 2d20 system (the former separate to their Fallout: Wasteland Warfare miniatures range). There are also rumours that Modiphius are planning an Elder Scrolls roleplaying game to accompany their Call to Arms miniatures range.