Electronic Arts have confirmed that the Mass Effect video game trilogy is getting a remaster for release in Spring 2021 and a further game in the series for later release. 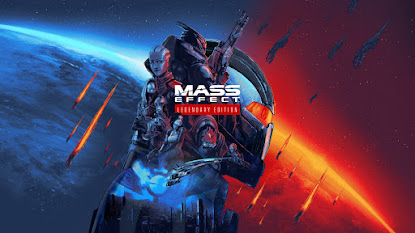 Mass Effect: Legendary Edition includes all three games in the original trilogy (released in 2007, 2010 and 2012) plus all their accompanying expansions and DLC in one package. The primary change to the games will be graphically: textures, shaders, models and effects will be updated to modern standards but apparently there will not be a full "remake" of the three games. This seems to reduce the chance of the three games being brought fully into line with one another so they can be played as one seamless experience (the first Mass Effect, in particular, feels a bit clunky compared to the latter two games, which are much more streamlined).

BioWare have also confirmed that they are in early development on the "next chapter" of the Mass Effect series. It's unclear if this is a full Mass Effect 5, to follow up on the underwhelming Mass Effect: Andromeda (2017), or will be more of a spinoff. BioWare are currently working on updated content for Star Wars: The Old Republic and Anthem, as well as developing a fourth game in the Dragon Age franchise.

Mass Effect: Legendary Edition will be released in the Spring of 2021 for X-Box One and PlayStation 4, with an "enhanced" version available of PC, X-Box X and PlayStation 5.

This is a welcome announcement, absolutely, but it makes me a bit sad that it seems to be a bundle only deal. I would love to play through a remastered Mass Effect, but I would preferr to not spend any money on the horrible trainwrecks that where Mass Effect 2 & 3 again...

I still get angry, ten years later, about how badly they wasted the setup and world builing of the first game and turned it into another dumb action movie game instead.