Filming suspended on THE WHEEL OF TIME for the second time

Shooting of The Wheel of Time TV series has reportedly been suspended for the second time, following a massive outbreak of coronavirus in the Czech Republic. 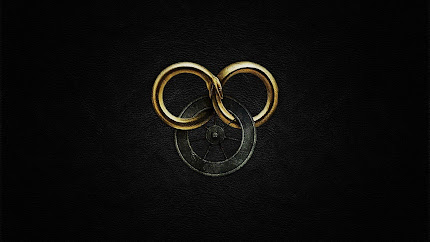 The Wheel of Time started shooting on location in the Czech Republic and Slovenia and on soundstages in Prague on 16 September 2019 and ran until March 2020, when it was suspended during the initial wave of the coronavirus outbreak, with six out of the eight episodes completed. However, the Czech Republic weathered the initial outbreak extremely well, faring far better than neighbouring countries. Production resumed in late August, with filming recommencing in early September. An end date had not been confirmed, but postings on the local extra recruitment service suggested that there was filming planned up until mid-November at least, and some reports that 9 December had been eyed as a possible wrap date.

Unfortunately, the Czech Republic has suffered badly in the second wave of the pandemic, in recent weeks registering roughly half the number of daily cases and deaths as in the United Kingdom despite only having one-seventh the population. Filming initially continued with tightened coronavirus restrictions in place, but it appears that the situation is now too volatile for production to continue. In particular, the United Kingdom and Republic of Ireland, where many of the production team and several castmembers hailed from, are both re-entering lockdown and encouraging nationals to return home. The Irish director of the final two episodes, Ciaran Donnelly, flew back to Ireland yesterday.

Unconfirmed reports suggest that filming is now not expected to resume until April, and might be rolled into the start of filming for Season 2.

This leaves the status of the first season unclear. It was believed that Season 1 was originally scheduled to air in early 2021, maybe between March and May. The first six episodes were certainly fully complete and could be aired potentially at any time. However, if this would leave the season hanging too abruptly, Amazon may prefer to have the final episodes fully in the can before showing the season.

This also causes potential scheduling problems against Amazon's other big fantasy show, The Lord of the Rings: The Second Age, with Amazon eyeing a potential late 2021/early 2022 debut for that show. They likely don't want Wheel of Time falling so far back that it risks getting lost in the buzz for the higher-profile Middle-earth series. Filming in New Zealand which has remained mostly COVID-free for the last few months, The Second Age is likely to remain on schedule barring unexpected events.

I thought originally Season 2 was supposed to be shot this fall and they were rolling the last two episodes into THAT? Oh well. I'm pretty sure they won't air anything until the whole season is ready. We don't even know if they need to schedule pickups yet. They may be basing that on what happens during editing of the later episodes.