HBO has greenlit a live-action TV series based on the Last of Us video game series. 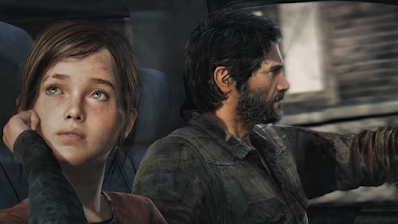 HBO announced they had put the project into development back in March, with Chernobyl writer-showrunner Craig Mazin developing the series alongside Neil Druckmann, the senior writer on the game series. Mazin will run the new show whilst Druckmann will advise, produce and write, his duties at Naughty Dog Studios permitting.
The game and TV series are both set in a post-apocalyptic world where a toxic fungus has infected millions of people and turned them into violent monsters. The storyline follows Joel, a middle-aged survivor, who finds himself protecting a young girl named Ellie.
The original Last of Us (2013) was a huge hit. Developed by Naughty Dog Studios, who also developed the Uncharted series (a film version of which is currently shooting), the game sold over 13 million copies. The Last of Us, Part II was released in June this year and has already sold over 4 million copies to date. The sequel seemed to end the storyline fairly definitively, but Naughty Dog are reportedly considering a third game (which maybe a prequel or spin-off rather than a straight sequel) due to the success of the first two games.
Video game adaptations were once seen as a fool's errand in both television and film circles, but a growing number of successful transitions have made HBO - never shy to take on a challenge - keener to try out the idea. Showtime are also deep in production on a TV series based on the Halo series of video games.
The Last of Us will likely enter production in 2021 for a 2022 premiere.
Posted by Adam Whitehead at 21:40

Email ThisBlogThis!Share to TwitterShare to FacebookShare to Pinterest
Labels: craig mazin, hbo, naughty dog studios, the last of us

This is a real opportunity, and I'm glad HBO has taken the plunge. I don't really want to play Last of Us, cuz the whole zombie apocalypse thing is not my favorite world. But I really respect the ending of the first video game, think it says good as any other good drama these days, and I would like to see it on screen and make up my own mind about it. For what it's worth I feel the same about The Witcher. I love what The Witcher 3 did with its quests, and would love to see them on TV, which I think will eventually get, but I'm not really interested in the hours of hack and slash gameplay that I'd have to go through in order to do the quest lines.

I'm a PC gamer, so I've not played the game yet but I have heard so much about this. Could be a good series. HBO have produced some wonderful SF in recent years.