The Science Fiction and Fantasy Writers of America, the closest thing the US SFF field has to a union, has put Disney on notice for failing to maintain royalty payments to authors such as Alan Dean Foster. 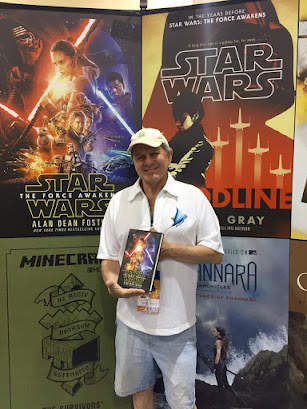 Foster was originally contracted to write the Alien novelizations by Titan Books, and the Star Wars novelizations by Lucasfilm. Both companies regularly paid his royalties. When The Walt Disney Company acquired the rights to these novelizations in 2015, the payments stopped although the books continue to be sold. Disney continues to get money for the books. Alan Dean Foster, and possibly other authors with similar contracts, have not been paid.

Foster and SFWA will discuss the fact the contracts are contracts and that Disney must pay this author and any author to whom they owe royalty checks."

It sounds like the SFWA will be making it clear that they expect Disney to fulfil their contractual requirements going forwards. 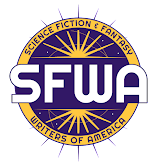 The press conference has been held via Facebook and can be seen in full here.

Mary Robinette Kowal, president of the SFWA, introduces the grievance. Alan Dean Foster then outlines in full the situation: Disney halted royalty payments on his earlier Star Wars books in 2015 and on his Alien books after Disney took over Fox in March 2019. They ignored all attempts at communication, including legal representation, until the SFWA got involved. Disney then advanced an extraordinary argument: that they had purchased the rights but not the obligations of the contract. In other words, they were entitled to continue to sell books by Alan Dean Foster for their own profit but not pay him royalties on those books.

This argument is extraordinary gibberish, and on first glance would not survive more than a passing glance by any legal entity in the United States or elsewhere. However, of course, Disney are able to afford some extremely good lawyers to try to argue this point, perhaps believing they can simply out-spend any individual in court. Whilst that may be true, the SFWA is quite a large and well-supported body, which puts the situation in a rather different light.

There have also been reports that other bodies, such as NBC-Universal, have been trying to push similar ideas about transferring the rights of a contract but not the obligations. So far such claims have not withstood scrutiny in court, and it's unlikely this will either. However, the attempt is disturbing. If Disney's argument was to stand, then writers would be subject to the termination of contract without warning, simply by publishers moving the books to another subsidiary and then back again.

Foster and his wife are both facing significant medical expenses and the non-payment of royalties has adversely affected them.

Other Star Wars novelists and their estates (such as the family of A.C. Crispin, a Star Wars novelist who also wrote the novelisation of Alien Resurrection) are also now querying their royalty payments to make sure that the problem is not more widespread.

America, where the law only applies to people not corporations.

Disgusting! How much does Disney think it's going to save them? Keep us posted, Werthead. I may stop collecting Star Wars if this gets too wide spread.

What an extraordinary dick move by Disney, very disappointing!

Here's an idea for Disney's HR: move all the contracts of upper management to a subsidiary. That way the managers will have to keep working but won't have to be paid anymore. The Disney Corporation will save many millions that way and shareholders will love it!