Alan Ball, the creator and showrunner of HBO's True Blood, is stepping down from his position. He will take a back-seat role on the vampire drama as it continues into its sixth season. According to HBO he will have a 'supervisory' role on the show going forward, but will also be developing new projects for the company. 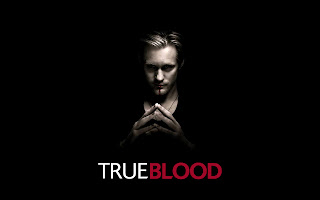 This is an interesting move, the first time (to my knowledge) that HBO has elected to continue a TV show after its original creator/showrunner has stepped down. Previously the departure of a showrunner has led to the cancellation of the series. However, with True Blood being based (increasingly loosely) on a series of books which provide a future direction for the series for several seasons to come, Ball's involvement is less crucial than it would be for a purely original series.

This is also an interesting precedent. With HBO committing to Game of Thrones for as long as the showrunners want to make it, there was fear that at some point David Benioff and D.B. Weiss might want to return to writing movie scripts (a potentially far more lucrative enterprise) and that would spell the end of the show. With this move, HBO indicates that this would not necessarily be the case.
Posted by Adam Whitehead at 10:51

Still enjoying True Blood so far.Channel 4 pace lol.Good luck to Alan Ball in his new endeavours and thanks for creating some great tv.What happened to Godric was a wonderfully beautiful sad uplifting and very touching piece of television that certainly brought a tear to my eye sniff.Two thousand years really is enough.

Good post, but unlike True Blood, Benioff and Weiss are the sole writers, so if they stepped down it would be more difficult than with True Blood in finding new writers. I suppose they could turn to Brian Cogman.

well, one thing i can say is that it's not uncommon. SMALLVILLE creators Miles millar and Alfred Gough left the series somewhere around the middle seasons, but it continued on regardless and now holds the title of the longest running (or at least now,longest lived) Sci-fi tv shows ever.

One of the longest-lived, sure, but it's still way behind DOCTOR WHO :-)

As a huge True Blood fan, I am very sorry to hear this news. American Beauty is by far one of my favorite movies and I loved Six Feet Under(which, on a side note, had the greatest series ending episode in television history, IMHO, and was written by Ball himself).I've read all the Sookie novels, and in all my book to screen adaptation experiences,this is the first time I prefer the screen version. I'm convinced the Alan Ball is the reason for this. I'm not trying to discredit Ms. Harris in any way. I'm fully aware that there is no True Blood w/out her novels. I just like Allan Balls' turn on the story better than the original. Great that he'll be doing more real life dramas,but I can't help thinking that the show he leaves behind will suffer for it.

Six Feet Under didn't just have the best ending ever. Its ending was arguably the best five minutes of TV or film ever made.

Didn't Ball already explore leaving once before but have his pilot canned? He's taking a bit of a risk by actually leaving this time before he's assured of a new job. Unless he thinks one reason they turned down his new series was that they wanted to make sure he stayed at True Blood.

Eh, True Blood was not my cup of tea, so to speak, as I barely struggled to get through season 1. It spends far too much time on unnecessary soap drama and sex scenes. The real story was the stuff happening outside the town! =/