WORLD OF ICE AND FIRE news plus some new GoT pics 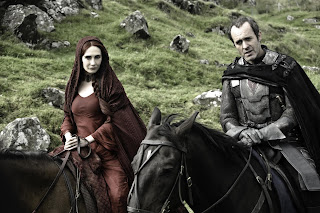 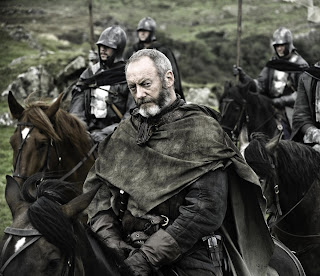 Ser Davos Seaworth (Liam Cunningham).
The World of Ice and Fire, a companion book to the Song of Ice and Fire novels, will have its release date announced in the near future. The companion volume, co-written by Martin and the admins of the Westeros.org website, will feature new artwork and never-before-seen maps, as well as a wealth of new background information.

Note: information changed at the request of the publisher. 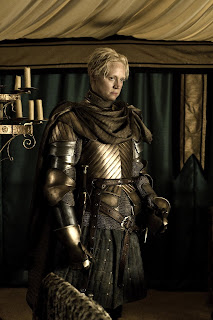 Brienne of Tarth (Gwendoline Christie).
Meanwhile, HBO have released a plethora of new publicity images for Season 2 of Game of Thrones. These can be seen on the Winter is Coming website here. 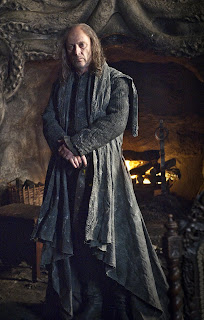 Lord Balon Greyjoy (Patrick Malahide).
There's also a nice new map of Westeros and Essos doing the rounds. This map is the version that can be seen on the new enhanced and annotated ebook version of A Game of Thrones. 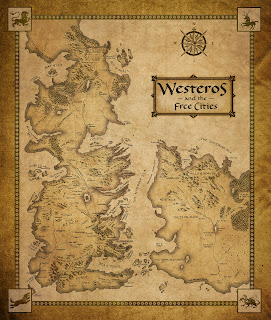 This map is notable as the first official map which shows all of Westeros combined with the map of the Free Cities region seen in A Dance with Dragons (rather than fan attempts to do the same). Intriguingly, a 'world map' showcasing even more of Essos (including, I'd imagine, at least Slaver's Bay if not Qarth and even Asshai) will - apparently - appear in The World of Ice and Fire.

Meanwhile, for those who want to dine out in the Seven Kingdoms (warning: food hygiene standards in Westeros may fall short of the ideal), this book is coming soon: 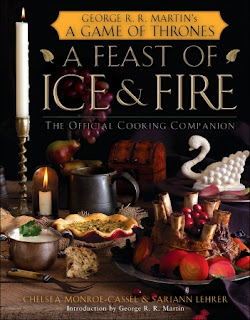 Warning: the 77 course option is not recommended to those who don't want to die instantly from cardiac failure.
Posted by Adam Whitehead at 22:05

Email ThisBlogThis!Share to TwitterShare to FacebookShare to Pinterest
Labels: a game of thrones (TV series), a song of ice and fire, george r.r. martin, hbo, maps, news, the world of ice and fire

Wow, lots of great stuff in this post! And that new map is pretty sweet. Is the enhanced GoT ebook you speak of the google books version that needs to be read in Subtext on the iPad? Cause I would sure love to read that on my Android or Kindle if it ever became available.

It's still weird how young Stannis is. I know he's supposed to be in his early-to-mid thirties in the book, but my mental image of him always depicted him as an old man.

Great casting on all of them, but Brienne takes the cake for me....Exactly how I pictured her when reading the books...

I think Stephen Dillane is in his 50s. He's actually significantly older than Mark Addy, who played his supposedly (slightly) older brother :-)