Samuel Youd - better-known by his pen-name, John Christopher - passed away on Friday at the age of 89. 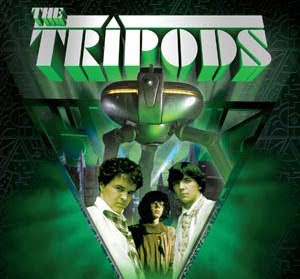 Christopher is best-known for his adult SF disaster novel, The Death of Grass (1956), and for his YA SF series, The Tripods (1967-68, 1988). The Tripods depicted the aftermath of an alien invasion of Earth, in which humans are forced to wear mind-controlling 'caps' by the three-legged titular aliens (who ride around in HG Wells-esque war machines). The BBC adapted the first two books into a TV series in 1984-85, and rumours of a film version of the trilogy have abounded for years.

RIP John. I loved the Television series "The Tripods". Its a crying shame it was never completed.

That is sad news. I read a lot of John Christopher as a teen, and he's one of the authors responsible for my introduction to the SFF genre.

I remember quite clearly being freaked out and enthralled by the The Tripods books in primary school. RIP.