An enigmatic website indicates that the veteren Baldur's Gate fantasy RPG series is set to make a comeback. 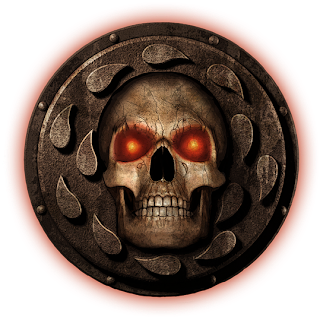 Some digging by EuroGamer confirms that a new development company, Beamdog, is working on the project. What 'the project' might be remains unclear, with level-headed fans suggesting it may just be a high-definition re-release of the existing games to work better with modern-day computers rather than a full sequel (which, given the definitive way the original series ended, would be redundant anyway). More information is expected soon.

The original Baldur's Gate series was developed by BioWare and Black Isle (now Obsidian) and comprises Baldur's Gate (1998) and Baldur's Gate II: Shadows of Amn (2000), along with their respective expansions, Tales of the Sword Coast (1999) and Throne of Bhaal (2001). Set in the Forgotten Realms and using the D&D 2nd Edition rules, the games chart the player character's rise from an anonymous orphan to a hero (or villain) wielding godly powers. The critically-acclaimed series introduced features which have become staples in BioWare's games, such as fully-fleshed out side-characters, romances and full character customisation, not to mention being able to carry your character over between titles (most recently a selling-point of the Mass Effect series). BioWare's acquisition by Electronic Arts means they will likely have little to nothing to do with this new project, as the Baldur's Gate and D&D licences are currently held by Atari. Some of the personnel at Beamdog are ex-BioWare and worked on the original games.
Posted by Adam Whitehead at 14:54