Obsidian Entertainment have announced their next big RPG: a fantasy game called Project Eternity (working title). This game will be an isometric, old-school RPG that draws heavily on their old D&D games using the Infinity Engine (the Icewind Dale series and the legendary Planescape: Torment). 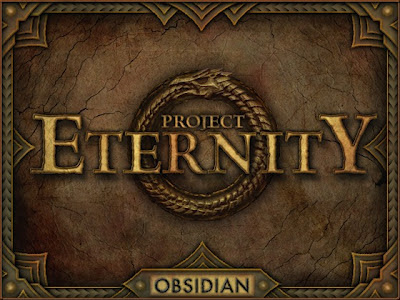 However, tired of working for publishers who either don't do proper Q&A on their games (resulting in the bug-filled mess of Alpha Protocol), rush them out in an incomplete state (Knights of the Old Republic II) or refuse to pay them a bonus by failing to hit a ludicrously arbitrary Metacritic score by one point despite selling millions of copies (Fallout: New Vegas), Obsidian have decided to take this one to the fans. Via Kickstarter, Obsidian are asking for $1.1 million to help fund the game. They're already at $300,000 less than a day after starting the project.

The creative forces behind the game include Chris Avellone, the writer of Planescape: Torment; Tim Cain, the creator of the Fallout franchise; and Josh Sawyer, the project lead on the excellent New Vegas (who infamously disapproved of the game being somewhat 'softened' for console players and released his own, more hardcore mod for the PC version of the game). They hope to release the game in early 2014.

UPDATE: As of 24 hours later, the amount raised stands at $1,083,000, and should hit the target within a few hours (with 31 days still to go). Obsidian have already said that any money they make over the $1.1 million will go to making the game even more impressive, and some projections are now suggesting they could make upwards of four times the amount they asked for.
Posted by Adam Whitehead at 19:43

I hope this will set an example and open the way for us old school gamers who absolutely hates what even good game companies become (looking at you Blizzard post TBC)to get the games we want.

My only complaint is that it seems this is going to be yet another fantasy clone world.

I know they can't go back to Sigil for rights reasons, and I don't necessarily want them to. But there's SO much more that you can do with an RPG than just plunk people down in fake-medieval-europe-with-magic-and-monsters.

I was so disappointed in Knights of the Old Republic II, and so angry at Never Winter Night 2 for being an incompletable, bug infested, safe game corrupting POS that I swore never to buy an Obsidian game again. And I haven't. All that potential only leading to disappointment.

But if they pull this off, I'll forgive them.

It's sounds interesting. I was a big fan of the Icewind dale games.