Cinemax, the sister-company to HBO, has exercised its option on the TV rights to George R.R. Martin's short story, The Skin Trade. 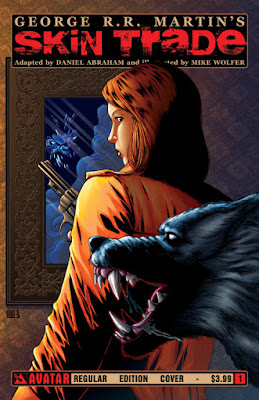 The story, originally published in 1989, revolves around werewolves and a private investigator named Randi Wade. It's long been a favourite of Martin's, and he had been thinking about additional stories in that setting until A Song of Ice and Fire (which he began writing just two years later) intervened. The story won the World Fantasy Award.

Kalinda Vasquez, a writer on Prison Break and Once Upon a Time, will be writing the pilot script. If Cinemax like the script, they may order a pilot or even a full season.
Posted by Adam Whitehead at 14:42