Patrick Rothfuss's books to be adapted into many things

Patrick Rothfuss has struck a deal with Lionsgate over his Kingkiller Chronicles books, The Name of the Wind, The Wise Man's Fear and the forthcoming Doors of Stone. The deal will involve feature films, a TV series and a video game. 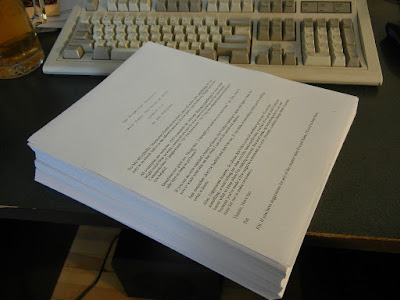 The exact details of the deal remain to be hammered out, but will include both films and a TV series that will adapt the books, as well as potentially telling new stories in the world of Termerant. Robert Lawrence, who worked on Clueless, Rock Star and The Last Castle, will executive produce the project.

The level of Rothfuss's involvement also remains to be seen. Rothfuss is finishing off The Doors of Stone for (hopefully) a 2016 release, so will be free of any immediate, announced obligations in the near future. Rothfuss also picked up some recent video game writing experience when he contributed characters, quests and dialogue to inXile's forthcoming Torment: Tides of Numenera.

It's unlikely we will see anything on screen before (at the earliest) late 2017/early 2018, but the level of commitment from Lionsgate is seriously impressive.

The news also confirms that the Kingkiller books have sold just over 10 million copies, making it easily the most successful debut epic fantasy series of the past decade.
Posted by Adam Whitehead at 18:59

Email ThisBlogThis!Share to TwitterShare to FacebookShare to Pinterest
Labels: inxile studios, lionsgate, news, patrick rothfuss, the doors of stone, the kingkiller chronicle, the name of the wind, the wise man's fear, torment: tides of numenera