Paradox buys White Wolf and VAMPIRE: THE MASQUERADE from CCP

Paradox Entertainment has purchased the White Wolf roleplaying company and all of its licences from CCP. These licences included the Exalted and Trinity roleplaying games, but, far more importantly, the family of games known as World of Darkness, most notably Vampire: The Masquerade. 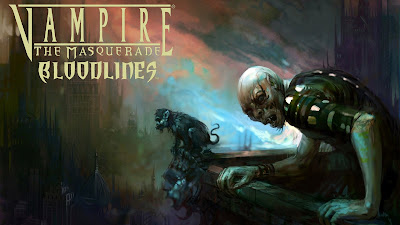 White Wolf was bought by Icelandic firm CCP - the creators of EVE Online - in 2006 with the intention of releasing an online roleplaying game based on the World of Darkness properties. However, the project sunk into development hell before CCP canned it early last year, preferring to refocus their attention on EVE Online.

Paradox's purchase of White Wolf came out of the blue, but is highly encouraging. Paradox is a Swedish developer best-known for the Crusader Kings, Europa Universalis and Hearts of Iron strategy games, but it has recently made a move into publishing third-party games, including the hugely successful Cities: Skylines and Obsidian's Pillars of Eternity. Their collaboration with Obsidian is particularly important with regards to the White Wolf news, because several of Obsidian's senior developers and programmers used to work at Troika Games, who developed the critically-acclaimed Vampire: The Masquerade - Bloodlines in 2004, still rated as one of the best CRPGs ever made.

In a statement, Paradox confirmed that they will be pursuing new video games based on the White Wolf properties in the near future, which is sure to delight fans of what has traditionally been the second-most-popular roleplaying game of all time.
Posted by Adam Whitehead at 21:54

Vampire: The Masquerade had it's chance and while I hope for for another Bloodlines, what I really want is Exalted. It's almost designed to be a video game. Hopefully Paradox can make it happen.

Vampire had two games, while the other properties were left untouched, apart from that Hunter the Reckoning game. We will have to wait and see what the folks at Paradox come up with.

There was an attempt at a Werewolf game, way back when. But it died in development. I'm not that fussed about another video game, but I'd like to see new books in my local RPG place. Buying online just isn't the same.