Sarah Manning and her clone-sisters find themselves caught in the crossfire between their very uneasy allies, the Dyad Institute, and a clandestine military experiment involving a batch of male clones. At the same time, Sarah is closing in on finding the origin of the cloning experiments, a mission that will take her far from home, to London and the deserts of Mexico. 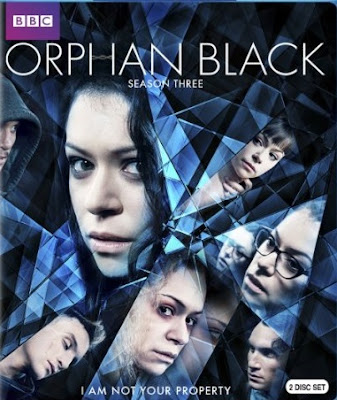 The third season of Orphan Black opens and expands the world revealed in the opening two seasons, a world where secret experiments in the 1980s have resulted in the creation of two batches of clones. Now adults, the clones are finding one another and trying to discover the reasons for their existence, and those answers are not happy ones.

The first season of Orphan Black was unmitigated brilliance, a tour-de-force of acting ability as Tatiana Maslanay moved between playing multiple but very different characters with convincing ease. The second season stumbled a little by introducing too many new players, new characters and new factions. Sorting out the Proletheans from Dyad from mercenaries from military groups from Topside could be a little confusing at times.

The third season opens with these elements very much still in play, now expanded with the introduction of a group of new clones played by Ari Millen. What feels like it could become a confusing morass is abruptly reversed by some very, very smart writing decisions. The number of factions and storylines is abruptly slimmed down, some relatively convincing retcons are used to keep the same characters in play without having to bring in too many new faces and, whenever things could get too out of control, the show reels the story back in and refocuses on the core triumvirate of Sarah, Cosima and Alison. Indeed, the show knocks it out of the park with an episode that focuses on Alison's attempts to get elected as school trustee and mixes up the clones pretending to be one another, old-school style. It's extremely unusual to see a series self-aware enough to realise it's running into a problem, and then decisively fix it with both verve and intelligence. 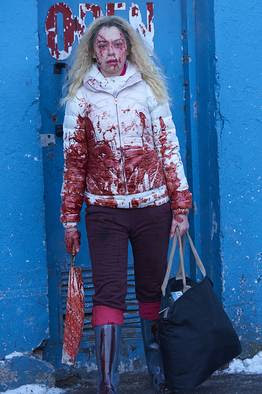 There are a small number of new characters, most notably Ferdinand, an eccentric (but lethal) enforcer for topside played with relish by the always-brilliant James Frain, whilst British acting legend Alison Steadman joins the cast in the last couple of episodes in a pivotal role. Otherwise the focus remains on Tatiana Maslany's typically compelling multiple performances. This time around Ari Millen also has to play multiple characters and does a good job at it, even if the show backpedals a little from giving them the same time and variations that the female clones have.

By the end of the third season, the show has done away with a number of long-running storylines and potential long-term threats, although the finale does open things up by hinting at new dangers. With two seasons remaining in the showrunners' plan, it will be interesting to see where the story goes from here.

The third season of Orphan Black (*****) restores the show to the heights reached in the first season and is compelling viewing, not to mention being genuinely impressive in how it handles a few structural and writing issues that other shows would have simply let fester. It is available now in the USA (DVD, Blu-Ray), although only the Australian import is available now in the UK for no readily explainable reason.
Posted by Adam Whitehead at 13:02

Love this show! Tatiana Maslany is absolutely phenomenal. Not only does she play the separate clones convincingly, but she gets one clone pretending to be another clone perfectly too. I often forget while watching that they're all really one person.