I posted back in January about some of the books I was looking forwards to this year. Given that there's been a lot of movement and developments in the interim, I thought an update was in order: 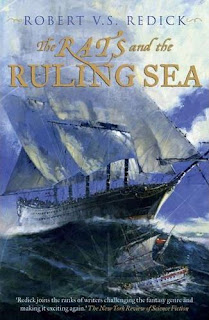 The Judging Eye by R. Scott Bakker, The Steel Remains by Richard Morgan, Graceling by Kristin Cashore, Yellow Blue Tibia by Adam Roberts, Malice by Chris Wooding, Wings of Wrath by Celia Friedman, Dragonfly Falling by Adrain Tchaikovsky, Rides a Dread Legion by Raymond E. Feist and Drood by Dan Simmons are all now available. The Adamantine Palace by Stephen Deas isn't due to ship until next week in the UK, but copies now seem to be available in some bookstores.

Cyberabad Days by Ian McDonald, Patient Zero by Jonathan Maberry, Turn Coat by Jim Butcher, Zima Blue by Alastair Reynolds, Fall of Thanes by Brian Ruckley, God of Clocks by Alan Campbell, The City and the City by China Mieville, Warbreaker by Brandon Sanderson, Nights of Villjamur by Mark Charan Newton (review coming soon!), Best Served Cold by Joe Abercrombie, Retribution Falls by Chris Wooding, Jasmyn by Alex Bell, Avilion by Robert Holdstock, The Price of Spring by Daniel Abraham, Songs of the Dying Earth ed. by George R.R. Martin, Blood of the Mantis by Adrian Tchaikovsky, Ark by Stephen Baxter, Above the Snowline by Steph Swainston and The Rats and the Ruling Sea by Robert V.S. Redick all seem to be keeping to their former release dates. 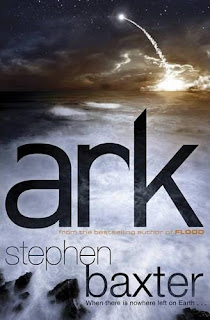 Traitor's Gate by Kate Elliott remains on course for its August release in the USA, but Orbit UK now have a release date of 03/09/09 as well. Unseen Academicals by Terry Pratchett is now scheduled for October 2009. Under the Dome by Stephen King is listed for 12 November 2009 and is being listed as a whopping 900 pages in hardcover.

According to Pat, Dust of Dreams by Steven Erikson is nearly complete and should hit its August 2009 release date. Indeed, based on Toll the Hounds it may even come forward a month, but we'll see. Ian Cameron Esslemont's Stonewielder is also due to be handed in at the end of the year for publication in mid-to-late 2010.

The Cardinal's Blades by Pierre Pevel has dropped back a month or two to 16/07/09. Dragon Keeper by Robin Hobb seems to have been brought forward a week to 25/06/09. The Long Price: Seasons of War by Daniel Abraham has disappointingly been dropped back two months to 27/11/09. Shadowrise by Tad Williams, which was never looking particularly healthy for a late 2009 release but will now definitely be an early 2010 release instead.

Watcher of the Dead by J.V. Jones still isn't finished, with the author anticipating several more months' work on it and a release in the first half of 2010.

The Cold Commands by Richard Morgan is now called The Dark Commands and has dropped back to a June 2010 release date. The Dervish House by Ian McDonald, which also was looking a bit shaky for 2009 in the first place, is also definitely now a 2010 release.

Times of Anger by Andrzej Sapkowski has surprisingly dropped all the way back to a release date of October 2010, a delay of a year.

For the 'big' authors:

Bantam has been pushing hard for A Dance with Dragons to make it out in October 2009, although the author hasn't finished the book yet. GRRM says the date is doable but as usual, don't believe it until he reports it's done.

Expect an announcement in the next six to eight weeks on A Memory of Light. Brandon Sanderson is heavy into revisions on the first 400,000 words of the book, which would form the planned first volume of the novel. November 2009 looks pretty likely for the first volume with the second to follow in the summer of 2010.

Pat Rothfuss has reported excellent progress on The Wise Man's Fear (writing 60,000 words of new material in less than two months), but no word on how close he is to being done. I anticipate this being more of an early 2010 release than a late 2009 one, but it depends when it's handed in and how quickly DAW want to get it out of the door.

UPDATE: Peter V. Brett confirms on his blog that The Desert Spear, although now complete, will miss its August date by a couple of months, due to its longer size requiring a more thorough editing process. 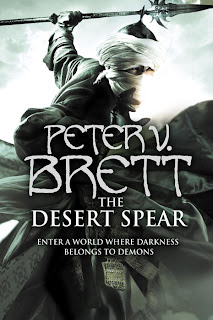 "The Long Price: Seasons of War by Daniel Abraham has disappointingly been dropped back two months to 27/11/09"

Bahh looks like im going to have buy Autumn War & Price of Spring separately and forgo any synchronicity, I can't wait that long, even if it is dropping on my B'day now.

Just wanted to point out that Erikson emailed Hetan from malazanempire.com a few days ago and told her that he only had two chapters left before turning in the full manuscript...

I am surprised at the Sapkowski delay. I think this series got off to a bad start by having to produce a volume of short stories as the first book in the series. The second book, a novel helped somewhat but now any momentum gained is going to be lost by a lengthy delay now for the third book next October. I'm still uncertain if I really like this series and this doesn't help.

If you're interested in Brandon Sanderson, the audiobooks of his Mistborn series are out now at Audible and iTunes. They are read by Michael Kramer, who also narrates the Wheel of Time audiobooks.